In a video posted to her youtube channel, Olympian Shawn Johnson East said she was “disgusted” over the reports of sexual abuse that gymnasts experienced by team doctor Larry Nassar.

In the nearly six minute segment, Olympic gold medalist Johnson, first expressed support for the women providing victim impact statements at the sentencing hearing for Nassar. Nassar pleaded guilty to several counts of criminal sexual conduct in Michigan state, and could receive up to a life sentence in prison.

Johnson then leveled criticism at USA Gymnastics, which she blames for failing to protect the athletes and address complaints against Nassar, and saying that if she had a daughter, she would not encourage her to pursue gymnastics under the current organization.

Four of the five members of the Fierce Five 2012 Olympic team have revealed that they were abused by Nassar — Raisman, Wieber, Gabby Douglas, and McKayla Maroney, along with 2016 Olympic all-around champion Simone Biles. In a lawsuit filed against USA Gymnastics, Maroney also says that organization had paid her as part of a confidentiality agreement to not discuss her sexual abuse allegations against Nassar in public. More than 120 former and current gymnasts have given victim impact statements at Nassar’s sentencing hearing, detailing abuse that went on at all levels of of the sport for decades before he was allowed to “retire” from USA Gymnastics in 2016. 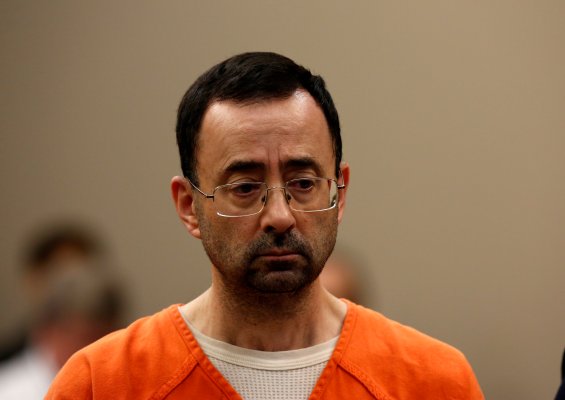 USA Gymnastics Board Members Resign
Next Up: Editor's Pick