The Boss Baby Oscar Nomination Is Melting the Internet

While many movie fans were focused on the Oscar nominations for categories like Best Picture, Best Actress and Best Director on Tuesday, there was one nominee in the Best Animated Feature category that definitely caught the Internet’s eye: The Boss Baby.

Starring Alec Baldwin as the voice of a suit-wearing, briefcase-carrying baby, the DreamWorks comedy wasn’t considered a top contender for a nod at this year’s Academy Awards. However, it’s now in contention for the night’s biggest animated honor alongside The Breadwinner, Coco, Ferdinand and Loving Vincent.

Some of Boss Baby‘s detractors were upset it claimed a spot over animated darling The Lego Batman Movie.

“OH, COOL, WE’RE JUST GOING TO NOMINATE FERDINAND AND THE BOSS BABY OVER THE LEGO BATMAN MOVIE AND GO ON ACTING LIKE WE’RE A VAGUELY RESPECTABLE SOCIETY???” Twitter user Griffin Newman wrote in all caps.

While others couldn’t help but crack jokes about the unexpected honor.

“I seriously doubt that any of you chuckleheads groaning about ‘The Boss Baby’ getting an Oscar nomination have actually seen it, because if you HAD you’d be much, much angrier,” tweeted user The Tony. 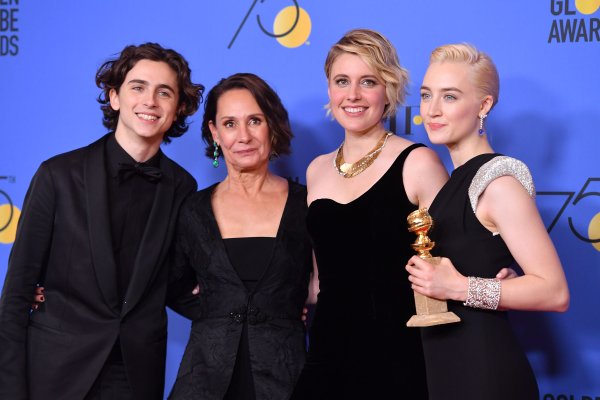 The Oscar Nominations Are Here. So Are the Memes.
Next Up: Editor's Pick