Everything You Need to Know About the 2018 Grammys

Music’s biggest night returns to New York City this year for a star-studded evening at Madison Square Garden. The 2018 Grammys mark the first time in 15 years that the awards show is happening outside of Los Angeles, and the night is guaranteed to deliver both star power and memorable musical moments. This year’s ceremony is also notable because the Recording Academy has finally gave rap major recognition in the top nomination categories after years of domination by pop artists.

When is it happening?

This year’s Grammys will take place on Sunday, Jan. 28, beginning at 7:30 p.m. EST and airing on CBS. Cord cutters can get in on the action via livestream on CBS’s website, available with an all-access membership. (Usually the Grammys take place in mid-February, but that’s changed this year to avoid a conflict with the Olympics.)

Beyoncé isn’t scheduled to bless us with a performance, but never fear: between appearances from Cardi B, Rihanna, SZA, Lady Gaga, P!nk, Miley Cyrus, Kesha, Patti Lupone and Alessia Cara, the show has put together a powerhouse lineup of female vocalists. Kendrick Lamar, Bruno Mars, Luis Fonsi and Daddy Yankee, Childish Gambino, Sam Smith, Elton John, Dear Evan Hansen‘s Ben Platt, Logic and Khalid round out the set, with Little Big Town and U2 gracing the stage as the only two group acts. And a crew of country stars, including Maren Morris, is set to perform an homage to the victims of October’s Las Vegas shooting.

But will Beyoncé be there?

Probably! Jay Z is nominated in all of the major categories, and Queen Bey is his usual plus-one.

Celebrity buddy and crowd favorite James Corden returns for a second year as host. It will be a minor shock if there isn’t some form of Carpool Karaoke mixed in with the night’s festivities.

In a sea change from years past, the Album of the Year category is stacked with hip-hop artists. It will be a battle between 21-time-winner Jay Z and his latest album 4:44 and Kendrick Lamar’s DAMN., challenged by Bruno Mars’s 24K Magic and Childish Gambino’s Awaken, My Love!. Lorde, the only woman nominated in the category, rounds out the group with her 2017 album Melodrama. For Record and Song of the Year, look out for the inescapable “Despacito,” Logic’s anti-suicide anthem “1-800-273-8255,” and the catchy “Issues” from rising talent Julia Michaels. The Best New Artist category is also strong: between Khalid, SZA, Julia Michaels, Lil Uzi Vert and Alessia Cara, this one could belong to anyone.

Ultimately, though, the night will come down to Jay Z and Lamar, nominated for eight and seven awards this year, respectively, duking it out in the big categories.

Ed Sheeran, who by all accounts was the dominant force in pop this past year, was shut out from all the major categories. Similarly, Kesha and Lady Gaga have been relegated to the pop zone, while fan favorites Demi Lovato, Harry Styles and Niall Horan didn’t get any nominations at all.

What else should I look out for?

Keep an eye on Rihanna. Last year she brought a bejeweled flask to the show and was, as always, the life of the party. 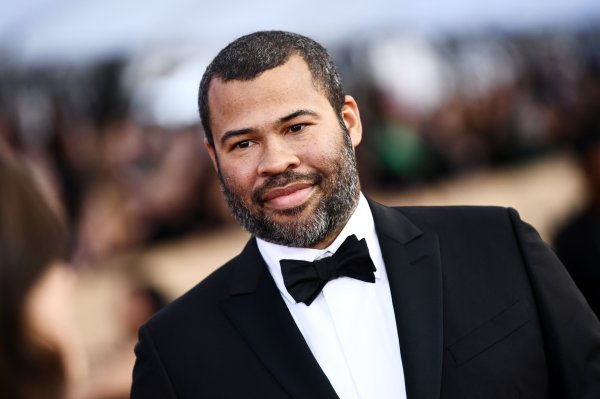 'Shape of Water,' 'Get Out' Lead Oscar Nominations
Next Up: Editor's Pick