'You Are Nothing.' Olympian Aly Raisman Confronts Larry Nassar in Court With Powerful Speech

Defiant and confident, Olympic gymnast Aly Raisman read a strong statement confronting Larry Nassar, who she says sexually abused her for years while she trained on the U.S. national team.

“Larry, you do realize now that we, this group of women you so heartlessly abused over such a long period of time, are now a force and you are nothing. The tables have turned, Larry,” the six-time Olympic medalist said in a Michigan court Friday. “We have our voices, and we are not going anywhere.”

Raisman was one of dozens of women who made victim impact statements at the sentencing hearing of Nassar, who pleaded guilty to multiple counts of first degree criminal sexual assault in state court.

Raisman, who revealed she had been sexually abused by Nassar in November, has also been publicly critical of USA Gymnastics and the United States Olympic Committee for failing to protect gymnasts from Nassar. “They have been quick to capitalize on my success. But did they reach out when I came forward? No,” she said Friday while giving her statement.

She looked directly at Nassar when she delivered her message to him.

Earlier in the day, Raisman’s 2012 Olympic teammate Jordyn Wieber revealed that she was also abused by Nassar. She is the fourth member, along with Raisman, Gabby Douglas and McKayla Maroney, of the Fierce Five to accuse Nassar of sexual abuse.

Nassar was sentenced to 60 years in prison on federal child pornography charges and could face a life sentence in state court. He will be sentenced on additional sexual assault charges in another Michigan court at the end of the month. 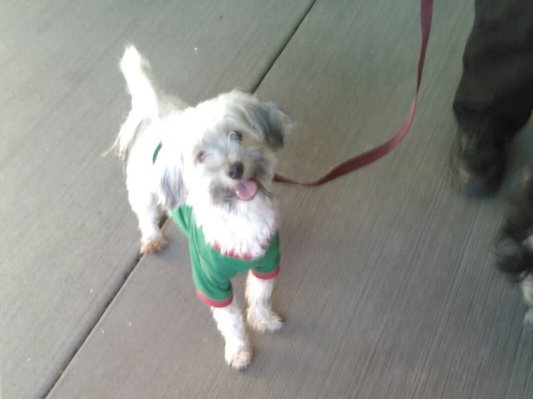 Puppies Found Healthy in California House of Horrors Are Up for Adoption, Officials Say
Next Up: Editor's Pick