Tom Hardy might be best known for his major roles on the silver screen like Mad Max: Fury Road and The Revenant but it turns out that the 40-year-old British actor was also an aspiring rapper in his youth.

An 18-track mixtape titled Falling On Your -rse in 1999 that Hardy recorded, appropriately, in 1999 with friend Ed Tracy (now a British Academy Film Award-winning television writer) under the monikers Tommy No 1 and Eddie Too Tall, respectively, was published by Tracy on Bandcamp in January and features the likes of Hardy rapping over The Godfather theme (on the ominously named track “Wiser”) as well as making predictions about his future success as an actor: “I wanna be on the TV, so people can see me” on a track called “People Like to Boogie.”

In an interview with Complex, Tracy revealed that he published the mixtape, which he wrote and produced in his bedroom, because Hardy had recently asked him about it.

“Tom asked me whether I still had the album kicking about in the loft,” he said. “Lo and behold, here it is in all its rawness, just as it sounded then.”

Listen to Hardy’s days of spitting bars below. 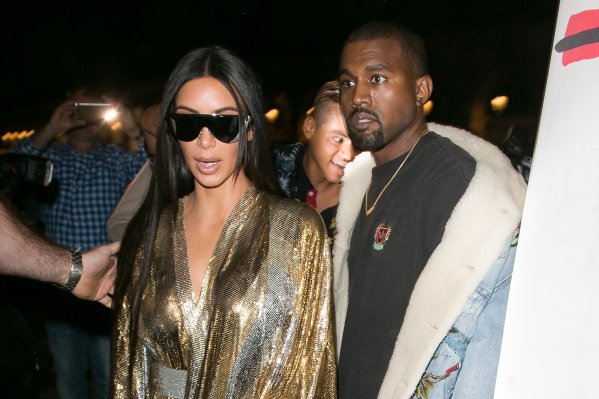 Kim Kardashian West and Kanye West Just Announced Their Baby’s Name. Here’s How Rare It Is
Next Up: Editor's Pick