While plenty of people have been busy paying attention to Meghan Markle’s artfully mussed low chignon, another royal’s new hairstyle — or rather, the lack thereof — made its debut. Prince William showed off what appeared to be a freshly shorn, very closely cropped haircut during an appearance at the Evelina London Children’s Hospital.

As might be expected, the Internet had all of the feelings about the Duke of Cambridge’s new haircut and took to Twitter to discuss the style’s most riveting aspects, including takes on the seeming shave, which many found to be his most flattering look yet.

Prince William visited the hospital to show his support for the Step Into Health initiative benefiting veterans. 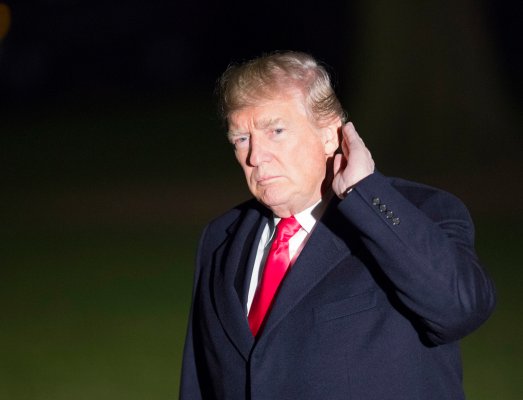 President Trump's Height and Weight Doubted By 'Girthers'
Next Up: Editor's Pick