In a new episode of Samantha Bee’s no-holds-barred Full Frontal, the comedian dove right into the debate around an account of an evening with Aziz Ansari and the broader #MeToo conversation.

“The conversation about this article has been tentative and difficult, largely because a lot of women disagree about it,” Bee explained. In the account, an anonymous woman recounts a night with the Master of None creator and Modern Romance author in detail in an article titled “I went on a date with Aziz Ansari. It turned into the worst night of my life,” in which she says he “ignored clear non-verbal cues.” The response has sparked a debate about the understandings of consent.

“People like me had to wade through a sea of prehensile d-cks to build the world we know and enjoy,” Bee said in response to those who would denigrate the woman’s account. “And part of enjoying that world is setting a higher standard for sex than just not rape. And women get to talk about if men don’t live up to those standards. Especially if that man wrote a book about how to sex good,” she continued. She also clarified: “What many fail to understand is it doesn’t have to be rape to ruin your life, and it doesn’t have to ruin your life to be worth speaking out about. Any kind of harassment or coercion is unacceptable.”

Finally, she had a strongly-worded message for Ansari and all men who claim the title of feminism and wear their “Time’s Up” pins on the red carpet. “Men: if you say you’re a feminist, then f–k like a feminist. And if you don’t want to do that, take off your f–kin’ pin, because we are not your accessories,” she said. 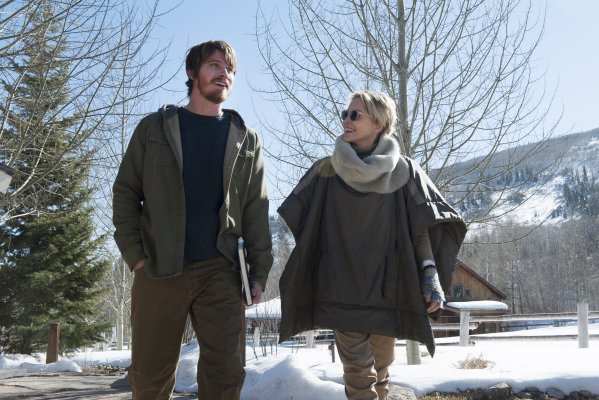 Sharon Stone Is the Reason to Watch Steven Soderbergh's Interactive Mosaic
Next Up: Editor's Pick