An electronic sign on the Hawaiian island of Oahu attempts to allay fears about a missile threat
Reuters
By W.J. Hennigan

Three days after Hawaii’s false ballistic-missile alert triggered panic across the islands, causing people to run for cover and family members to issue tearful goodbyes, the Japanese public broadcaster NHK texted out a news alert instructing citizens to seek shelter from an incoming North Korean attack. It too was false.

The incidents brought home more than the perilous state of affairs between the U.S., its allies and North Korea amid rising tensions with the rogue nuclear power. They also exposed how U.S. civil-defense measures designed to limit public panic during crises have deteriorated since the Cold War. And they showed how governments everywhere have yet to adapt to the challenges that smartphones can pose to public safety in the digital age.

The Hawaiian error was particularly scary. At 8:07 a.m. on Jan. 13, cell phones across the state blared the loud warning sounds usually reserved for imminent life-threatening events, like flash floods. In an accompanying text message, the Hawaii Emergency Management Agency warned that an inbound ballistic missile required citizens to shelter immediately. The alert, the agency said, was “not a drill.”

It was a full 38 minutes–the time it would take an actual ballistic missile launched from North Korea to reach Hawaii–before a follow-up message reported that the initial alert was a mistake. The nerve-racking error was later blamed on a state employee who clicked the wrong option from a computer menu. The agency apologized and announced safeguards to prevent a recurrence.

But with the range of North Korea’s nuclear-missile arsenal now apparently reaching the East Coast of the U.S., a new national approach to government public-safety messaging may be in order. Americans who grew up during the Cold War learned to adjust to life under constant nuclear threat. The instructions for what to do during an attack were not necessarily reassuring–remember Bert the Turtle from “Duck and Cover”?–but they aimed to limit life-threatening panic during moments of crisis.

Since the fall of the Soviet Union, the U.S. federal government has largely abandoned the massive civil-defense programs that were designed to limit panic. Instead, the Federal Emergency Management Agency and other departments have focused on the fallout from potential terrorist attacks. “After the Berlin Wall fell, we were in a mind-set that basically we don’t have to worry about these things anymore,” Representative Mac Thornberry of Texas, chairman of the House Armed Services Committee, told a small group of reporters this month. North Korea’s sprint to nuclear status has changed that. Pyongyang has carried out complex missile flights and unleashed six underground nuclear-weapons tests in recent months. “It’s not far-fetched that one of those missiles may be headed for not only to Hawaii but the mainland,” says Thornberry, “so we need to be serious, not panicky, about that possibility.”

The effort to provide better information is already unfolding outside the federal government. The threat posed by Pyongyang has jolted nations like Japan, states like Hawaii and even municipal governments along the U.S. Pacific Coast to reassess their civil-defense processes. Last summer, a group of researchers launched a nonprofit to examine ways it can reignite the public discourse on the threat of nuclear attack. Over the next two years, Reinventing Civil Defense at the Stevens Institute of Technology in New Jersey will study how to inform the public in the digital age and deliver programs on subjects like “how messaging and training changes risk awareness and perception over the long term.”

It’s not clear how much the recent scares have alerted Washington to the need for change. The Federal Communications Commission has launched an investigation of the Hawaiian false alarm in order, it says, to ensure “public confidence in the alerting system.” Right now, in Hawaii, there is damage control to do. “Children going down manholes, stores closing their doors to those seeking shelter and cars driving at high speeds cannot happen again,” Hawaii Governor David Ige said on Jan. 15. 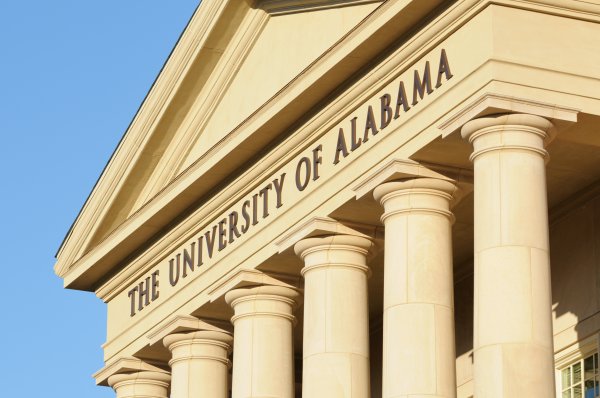 'I Feel Horrible.' Former University of Alabama Student Apologies After Using Racial Slur in Video
Next Up: Editor's Pick