How People Change Their Love Lives According to Money

The relationship between love and money, which has always been rocky, may have suffered another blow in early 2018, when British psychologists proved they could change the way people felt about dating by directing their attention to shiny wealth-related objects. Single people, upon being prompted to think about luxury items, expressed a preference for more short-term flings than they had beforehand.

Researchers at Swansea University showed 75 men and 75 women pictures of 50 potential love-interests and asked them if they would be interested in a long, short or non-existent relationship with that person. They then showed some of the participants photos of fancy cars, high-end jewelry, big houses or actual cash. After the viewers had seen those images, they were shown the photos of the opposite sex again and compared to the group that were not shown any luxury photos, they chose 16% more short-term partners.

Contrary to stereotype — and the researchers’ expectations — there was no discernible difference between the genders. Moreover, lest we start to feel bad about the human species’ gold-digging tendencies, most participants were not switching prospective long-term partners to short-term because of money. The study group just opted for a more fling-heavy mix. They were also shown images of dangerous animals and videos of children. After seeing those, both men and women chose a higher rate of long-term partners, but some women showed a greater preference for short-term partners as well.

The psychologists did not actually set out to prove anything about the effect of money (or danger or kids) on love. Instead, they were trying to ascertain whether human mating preferences switch in real time according to the environment. “Our main aim with the paper was to try to demonstrate the existence of a ‘mating calibration’ mechanism,” says Andrew G. Thomas, a psychology lecturer at Swansea University and the lead author of the study.

The theory is that what he calls “a psychological organ” (which is like a regular organ except it exists in the brain) evolved over time to assess the environment and adjust mating preferences accordingly. In other words, humans have developed a flexible mating strategy; we are neither wholly monogamists nor inveterate players. Each person’s approach can change according to circumstances. This study demonstrated this change in behavior, its authors say, within an experimental setting for the first time.

Why does wealth change partnering preferences, then? It’s all about offspring. When people are in an environment of plenty, the theory holds, they are more inclined to short-term mating relationships because they can imagine raising young on their own. “For example, in environments which have lots of resources, it would have been easier for ancestral mothers to raise children without the fathers’ help,” writes Thomas. “This made short-term mating a viable option for both sexes during times of resource abundance.” In more straitened eras, men and women need each other to stick around and contribute.

However, there are other theories for why humans change their romantic behavior around money. A 2014 study out of Singapore found that those with materialistic values had a more negative attitude towards marriage and children generally. And an earlier British study suggested that women exposed to photos of fast cars become more impulsive.

If humans can change mating preferences that quickly, there are new questions. Do we have to worry that a partner who watches a lot of Keeping up With the Kardashians might change his or her level of commitment? And how do we set up a dating profile that encourages the right kind of mate? “It’s unlikely that showing your partner pictures of jewelry and fast cars will cause them to become promiscuous,” says Thomas. “If our mate preferences were that fragile, then enduring relationships wouldn’t exist. However, if someone were to be exposed to strong and persistent signals that their environment had changed in some way (following a job promotion, or during an economic recession for example), then this might cause them to change the type of relationship they want.”

So those who just want to have fun should continue to pose beside Ferraris wielding bottles of Dom Perignon in their dating-app photos. And those who are looking for something more serious might want to wrangle a shot with a friend’s baby or a tiger. Probably not both at once, however. 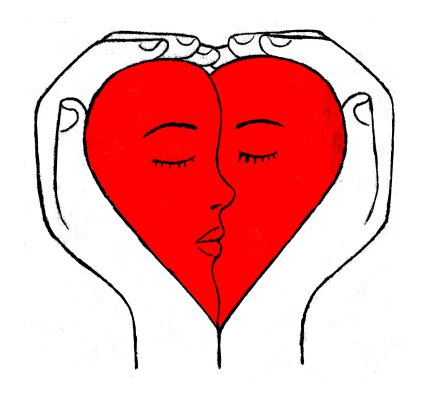 New Love and the Beauty of Emotional Baggage
Next Up: Editor's Pick