Ann Curry will soon make her return to television with her new PBS program We’ll Meet Again, but in interviews promoting the show, she is being asked to look backwards — to her exit from the Today show nearly six years ago.

Curry spent 15 years with NBC’s morning show, and from 2011 to 2012 she served as co-anchor alongside Matt Lauer.

Her tearful on-air announcement that she was leaving is remembered as a landmark moment in morning show television. NBC has long said the decision was based on ratings, and the network declined to comment on Wednesday. But fans and journalists like then-New York Times media critic Brian Stelter, who detailed the tension between Lauer and Curry in his 2013 book “Top of the Morning,” believe Lauer had something to do with her departure.

In an interview on CBS This Morning on Wednesday, co-anchor Gayle King said to Curry, “It was viewed that a very powerful man, meaning Matt Lauer, derailed your career.” Curry — after joking, “Don’t worry, I’m not going to start crying” — responded, “You should ask someone else, I’m not the one to ask about that … I don’t know what was all behind it. I do know that it hurt like hell.”

Asked if she thought Lauer – who was fired in November over claims of sexual misconduct – abused his power, Curry said, “I’m trying to do no harm in these conversations. I can tell you that I am not surprised by the allegations.”

“But I can say that I, because you’re asking me a very direct question, I would be surprised if many women did not understand that there was a climate of verbal harassment that existed.”

After Lauer’s firing, some of Curry’s fans took to social media to speculate how she felt about the news. The meme “Somewhere Ann Curry” imagined the former co-anchor greeting the news in various ways, for instance, “Somewhere Ann Curry is breaking out that champagne.”

Curry told People this week that she didn’t revel in Lauer’s firing at all. Instead, she said: “I wish I could say that I was celebrating. But actually I immediately checked myself. Because I knew women had suffered.” 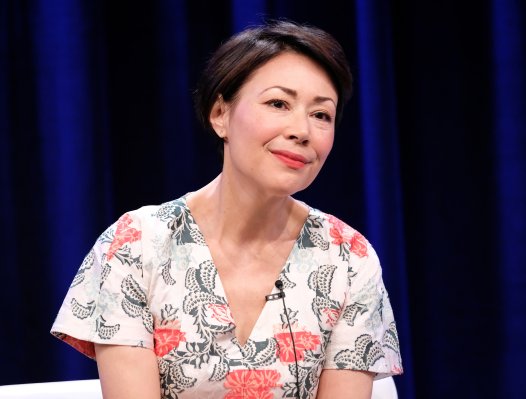 Ann Curry Reveals How She Reacted When She Learned Matt Lauer Was Fired
Next Up: Editor's Pick