Ann Curry Speaks Out: 'I Am Not Surprised' by Sexual Misconduct Accusations Against Today Show's Matt Lauer

Ann Curry, the former Today show anchor who was publicly fired in 2012, spoke out during an interview with CBS This Morning Wednesday about the verbal sexual harassment that “was pervasive” during her time at NBC, adding that she was “not surprised” by the sexual misconduct allegations that led to the ouster of her former co-anchor, Matt Lauer.

When CBS anchor Norah O’Donnell asked Ann Curry about Lauer, she appeared hesitant, adding that she did not want to publicly humiliate someone the way she herself was humiliated in the past. “But I can say that I… because you’re asking me a very direct question… ,” Curry continued, “I would be surprised if many women did not understand that there was a climate of verbal harassment that existed. I think it would be surprising if someone said they didn’t see that. Verbal sexual harassment was pervasive.”

Many have speculated that Lauer played a role in Curry’s departure from the Today show, which resulted in Curry giving an emotional on-air goodbye in June 2012 that engendered sympathy from some viewers at the time.

When CBS co-anchor Gayle King asked Curry whether Lauer was the reason why she left Today, she replied: “I’m not the one to ask about that. I don’t know what was all behind it. I do know it hurt like hell.”

She added that she has worked hard to let go. “At this point, I’m thinking, ‘Hakuna Matata.’ ”

Curry also shared her thoughts on the #MeToo movement that is empowering women to speak up about harassment and discrimination.

“I think it’s in general, overdue,” Curry said. “We clearly are waking up to a reality and injustice that has been occurring for some time. I think it will continue to occur until the glass ceiling is finally broken.”

Curry’s appearance on CBS was her first TV interview since leaving rival NBC in 2015.

Watch People Cover Story: Ann Curry – I Had To Let Go, available now, on PeopleTV. Go to PeopleTV.com, or download the PeopleTV app on your favorite mobile or connected TV device.

Lauer, long one of the most prominent and highest-paid figures in morning television, was fired by NBC execs last November after a complaint resulted in an investigation that found evidence of “inappropriate sexual bahvior.” Lauer later issued an apology, but said not all the allegations against him were accurate.

CBS This Morning – which airs in the same time slot as Today, but has always trailed the NBC show in ratings – had its own scandal last year, just days before Lauer was fired. Co-anchor Charlie Rose was suspended before ultimately being terminated after several former assistants who worked for his production company accused him of sexual harassment. Rose, in a statement, said he did not believe all the allegations were accurate, but apologized for his behavior. 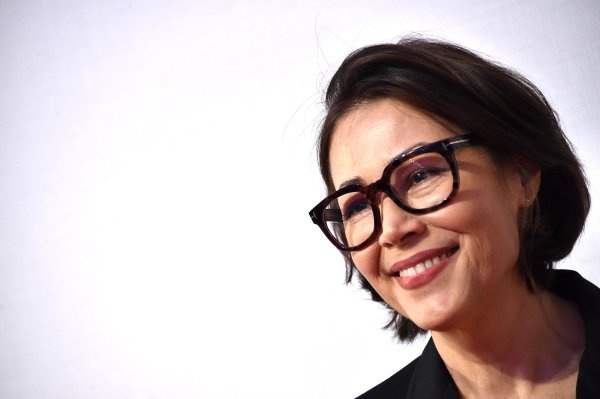 Anne Curry Breaks Her Silence
Next Up: Editor's Pick