Jimmy Kimmel Got People on the Street to Believe Donald Trump Has a 'Twitter War' With Martin Luther King Jr.

To recognize President Donald Trump’s first Martin Luther King Jr. Day in office, Jimmy Kimmel got a bunch of people on the street to believe the civil rights leader, who was assassinated in 1968, was feuding with the president.

“We asked people, ‘Whose side are you on in the Donald Trump-Dr. King Twitter war?” Kimmel explained on Monday night’s episode of Jimmy Kimmel Live!, introducing that night’s edition of Kimmel’s “Lie Witness News” segment. Kimmel then aired a clip of his crew asking people on the street to pick a side in the totally nonexistent fight.

The fact that King has been dead for half a century did not stop many interviewees from going along with the false premise. The results were cringe-worthy.

One person agreed that it was fine for Dr. King to skip Trump’s inauguration while another totally bought that Trump declared his dreams far superior to Martin Luther King Jr.’s — because in the president’s, he can fly. One interview subject agreed that the feud could be traced back to the fateful Celebrity Apprentice episode when Poison frontman Bret Michaels sold frozen yogurt much better than King. 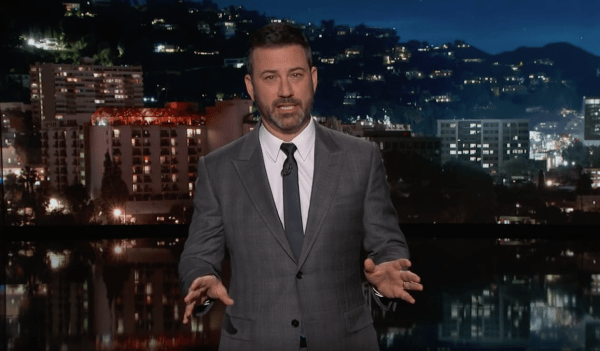