Speaking about the “unacceptable” alert on CNN’s State of the Union Sunday, Gabbard said talks with Pyongyang should “happen without preconditions” and that Trump should “sit across the table from Kim Jong Un.”

The day before, Hawaii’s Emergency Management Agency had erroneously sent an alert message to phones across the islands. It read: “BALLISTIC MISSILE THREAT INBOUND TO HAWAII. SEEK IMMEDIATE SHELTER. THIS IS NOT A DRILL.” A message 38 minutes later informed Hawaiians that the alert had been a false alarm.

“We’ve got to get to the underlying issue here of why are the people of Hawaii and this country facing a nuclear threat coming from North Korea today, and what is this President doing urgently to eliminate that threat?” Gabbard, a veteran of Iraq and Kuwait, said.

She added that, based on decades of U.S. foreign policy, Pyongyang sees its nuclear weapons program as “the only deterrent against the U.S. coming in and overthrowing their regime there,” and as such, setting up preconditions for talks would be self-defeating.

Read more: What If Hawaii’s False Missile Alert Had Been Real? Here’s What Would Happen Next

In October, Trump tweeted that Secretary of State Rex Tillerson was “wasting his time” trying to negotiate with Kim, whom he mocked using the moniker, “Little Rocket Man.”

Gabbard also argued that mistakes like Saturday’s could have far greater consequences.

“It’s not just the President making a decision to launch a nuclear weapon,” she said. “It’s these kinds of mistakes that we have seen happen in the past that bring us to this brink of nuclear war that could be unintentional.”

In November, Hawaii revived monthly tests of a Cold War-era siren that warns residents of an imminent nuclear strike on the island chain. 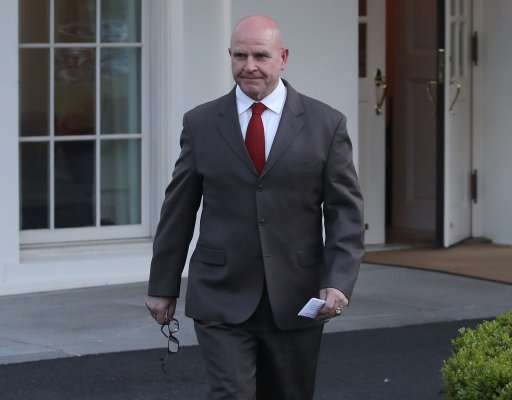 The Danger of Trump’s National Security Plan Is In What It Doesn’t Say
Next Up: Editor's Pick