Jimmy Kimmel is apparently incredulous over reports that President Donald Trump referred to Haiti, El Salvador and some parts of Africa as “shithole countries” in a White House meeting about immigration.

During Thursday’s episode of Live!, the host voiced his dismay over Trump’s alleged remark — which has sparked widespread international outrage. “Before I share what specifically he said, I would like you to keep in mind that this is an actual quote from the actual President of the United States,” Kimmel said before airing a CNN clip.

Kimmel went on to express his incredulity over the reported description. “It really is unfathomable,” he said. You just can’t believe that this is the guy running our country.”

Trump took to Twitter on Friday to deny he had used that phrasing. “The language used by me at the DACA meeting was tough, but this was not the language used,” he wrote. 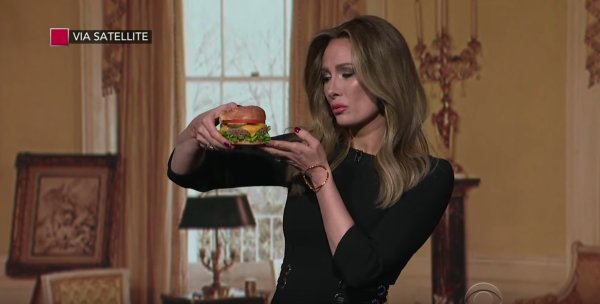 'Melania' Stopped By Colbert to Correct Some Fire and Fury Passages
Next Up: Editor's Pick