Author J.K. Rowling may have spent more than 600 pages describing the adventures of the students at Hogwarts in Harry Potter and the Order of the Phoenix but she only needed one emoji to sum up her feelings about President Donald Trump’s decision to cancel his long-planned trip to London.

On Thursday, the President tweeted that he did not want to “cut [the] ribbon” at the new 12-story, 518,000-square foot U.S. embassy in the southwest London neighborhood of Nine Elms. Trump went on to blame President Obama for selling off “perhaps the best located and finest embassy in London for ‘peanuts” despite the fact that the sale was approved before Obama was president, as far back as 2003.

Some people, however, have speculated that Trump cancelled his long-planned state visit to the United Kingdom was because political opposition in the U.K. has only grown over the first year of Trump’s administration. While British Prime Minister Theresa May invited Trump to visit the U.K. just days after his inauguration in Jan. 2017, since then, British MPs have cancelled plans for Trump to address parliament, London Mayor Sadiq Khan has called for the invitation to be rescinded after Trump retweeted unverified videos from a far-right British nationalist account. 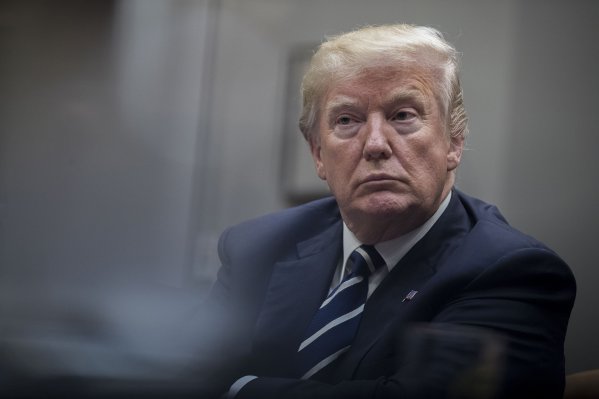