The Robot Who Chrissy Teigen Trolled Is Coming For Her Now

When it comes to Twitter, Chrissy Teigen isn’t afraid of a little trolling — in fact, the model and social media personality with a wicked sense of humor has become something of an Internet icon for her clapbacks to the haters, which range from Piers Morgan to President Donald Trump.

However, there is one account on Twitter that’s unnerving Teigen and that’s the advanced humanoid robot, Sophia, who’s coming for Teigen on Twitter at an annual tech trade show after the model made a joke about the robot’s makeup a month earlier.

It all began when Sophia asked her followers via Twitter to weigh in on which city she was going to visit next.

Teigen, never one to shy away from some good, old-fashioned ribbing online, quoted the tweet and cracked a self-deprecating joke about Sophia’s makeup. It gave some people some pause. But Teigen covered all her bases just in case.

However, just under a month later, Sophia saw an opportunity to come for Teigen, even referencing the original tweet that started it all.

As might be expected, it made Teigen more than a little nervous.

However, it looks like the two Internet stars have made amends and even plans to hang out in the future. 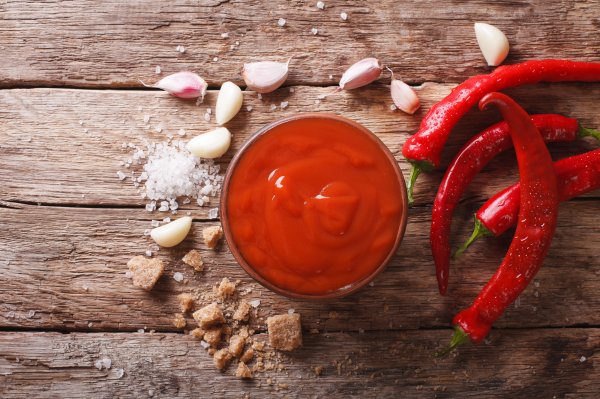 A Man Was Arrested After a Heated Sriracha Sauce Dispute
Next Up: Editor's Pick