As Monday’s observance of Martin Luther King Jr. Day approaches, King’s “I Have a Dream” speech at the March on Washington is sure to be celebrated and replayed across the U.S. In today’s popular imagination, the March on Washington stands as one of the most American events of the 20th century—the power of U.S. democracy made real in the quarter of a million people who gathered on the National Mall and the majesty of King’s speech that August day.

At the time, however, that was not the case. In 1963, most Americans disapproved of the event, many congressmen saw it as potentially seditious, and law enforcement from local police to the FBI monitored it intensively (under code name Operation Steep Hill). Indeed, it was after King’s speech at the March on Washington that the FBI—with President Kennedy’s approval—decided to increase their monitoring of the civil rights leader. With the FBI describing King as “demagogic” and “the most dangerous . . . to the Nation . . . from the standpoint . . . of national security,” Attorney General Robert Kennedy signed off on intrusive surveillance of his living quarters, offices, phones and hotel rooms, as well as those of his associates.

Fast forward a half a century, and many commentators from former presidential candidate Mike Huckabee to CNN reporter Wolf Blitzer to Atlanta mayor Kasim Reed have chastised Black Lives Matter protesters for not living up to the legacy of the civil rights movement and called on them to be more like Martin Luther King. Our popular memory of the civil rights movement makes it seem as if most decent people were in favor of the movement, but the reality was that they were not. Many of the criticisms lobbed at Black Lives Matter today were also leveled against civil rights activists five decades ago.

The civil rights movement was deeply unpopular at the time. Most Americans thought it was going too far and movement activists were being too extreme. Some thought its goals were wrong; others that activists were going about it the wrong way—and most white Americans were happy with the status quo as it was. And so they criticized, monitored, demonized and at times criminalized those who challenged the way things were, making dissent very costly. Most modern tributes and understandings of the movement paper over the decades when activists like Martin Luther King, Rosa Parks and scores of their comrades were criticized by fellow citizens and targeted as “un-American,” not just by Southern politicians but by the federal government.

In the 1960s, the vast majority of white people, South and North, disapproved of the movement’s tactics. In a May 1961 Gallup survey, only 22% of Americans approved of what the Freedom Riders were doing, and 57% of Americans said that the “sit-ins at lunch counters, freedom buses, and other demonstrations by Negroes were hurting the Negro’s chances of being integrated in the South.” Just before the March on Washington, Gallup found only 23% of Americans had favorable opinions of the proposed civil rights demonstration.

Lest we see this as Southerners skewing the national sample, in 1964—a year before the passage of the Voting Rights Act—a New York Times poll found a majority (57%) of New Yorkers said the civil rights movement had gone too far. “While denying any deep-seated prejudice,” the Times reported, “a large number of those questioned used the same terms to express their feelings. They spoke of Negroes’ receiving ‘everything on a silver platter’ and ‘reverse discrimination’ against whites.” Fifty-four percent of those surveyed felt the movement was going “too fast.” Nearly half said that picketing and demonstrations hurt the Negro cause, and 80% opposed school pairings to promote school desegregation in New York City public schools.

Nationally, white people’s support of the civil rights movement continued to be low throughout the 1960s. In 1966, a year after Selma and the passage of the Voting Rights Act, only 36% of white people said King was helping the cause. Eighty-five percent of white people surveyed said that demonstrations by Negroes on civil rights hurt the advancement of that cause, while 30% of black respondents felt the same. Seventy-two percent of Americans had an unfavorable view of King.

While many people of all races admired King and Parks in the 1960s, the majority of Americans did not and found the civil rights movement both wrong and unnecessary.

Activists like King and Parks were reviled, red-baited and called extremists in their own time. On the Selma-to-Montgomery march, in 1965, White Citizens’ Councils had plastered huge billboards along the route in which King and Parks were pictured attending a “Communist training school” (actually Highlander Folk School). When newly elected Congressman John Conyers decided to hire Rosa Parks to work in his Detroit office in 1965, he was deluged with hate mail, threatening calls, watermelons, voodoo dolls and other racist trinkets, informing Parks and Conyers that she was not wanted in the North. The last time King and Parks saw each other was at a speech King gave in the elite Detroit suburb of Grosse Pointe, Mich., in March 1968, a month before he was assassinated. King said it was the most disruption he had ever faced in an indoor meeting, the Detroit News would later report. He was called a traitor so many times that night he finally interjected, “We’re going to have a question and answer period, and . . . if you think I’m a traitor, then you’ll have an opportunity to ask me about my traitorness.”

A half-century later, in our popular celebration of Dr. King, this relentless nationwide opposition to the civil rights movement is usually left out.

As the world honors King’s life, it has become more comfortable to celebrate the civil rights movement of the 1960s as if its leaders were uncontroversial except among a small racist minority. Today, modern civil rights movements such as Black Lives Matter face charges of supposed “extremism,” the FBI has identified “Black Identity Extremism” as a new domestic threat, and the President slams NFL quarterback Colin Kaepernick for “disrespect[ing] our country.” We conveniently forget that King and Parks faced similar charges—missing the historical continuities in the ways Black critics of American injustice have been treated then and now.

Jeanne Theoharis is Distinguished Professor of Political Science at Brooklyn College of CUNY and the author of the award-winning The Rebellious Life of Mrs. Rosa Parks.

Her new book A More Beautiful and Terrible History: The Uses and Misuses of Civil Rights History is out January 30 from Beacon Press. 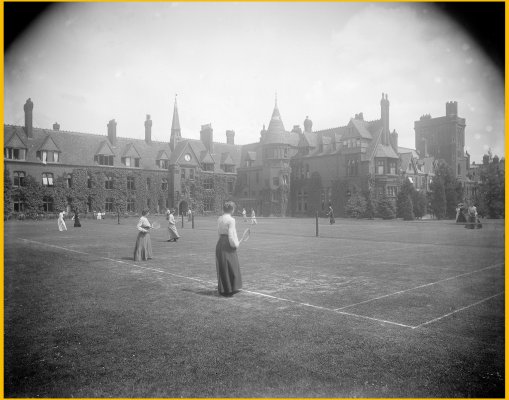 Why Is Tennis Scored So Weirdly?
Next Up: Editor's Pick