Steve Bannon Is Stepping Down From Breitbart News

Steve Bannon is out at Breitbart News.

The publication announced in a post on Tuesday that Bannon, had stepped down from his position as chairman, just five months after he returned to the job after leaving the White House.

“Steve is a valued part of our legacy, and we will always be grateful for his contributions, and what he has helped us to accomplish,” said Breitbart CEO Larry Solov.

Before resuming his tenure at Breitbart, Bannon served as chief executive for Donald Trump’s campaign and then chief strategist in the White House.

But he came under fire last week after the publication of Michael Wolff’s Fire and Fury, which detailed the inner workings of the Trump Administration during its first months. In the book, Bannon is quoted as saying the meeting between Donald Trump Jr., and a Russian attorney, which was also attended by Paul Manafort and Jared Kushner, was “treasonous.”

The comments caused Trump to publicly break with Bannon, a move quickly followed by his biggest financial backer, Rebekah Mercer — who owns a stake in Breitbart News. Bannon issued a statement Sunday expressing regret for his delay in responding to the reporting about the comments, and calling the president’s son “a patriot and a good man.”

Representatives for both Bannon and Mercer did not immediately respond to requests for comment.

“I’m proud of what the Breitbart team has accomplished in so short a period of time in building out a world-class news platform,” Bannon said Tuesday in the Breitbart post announcing his exit. 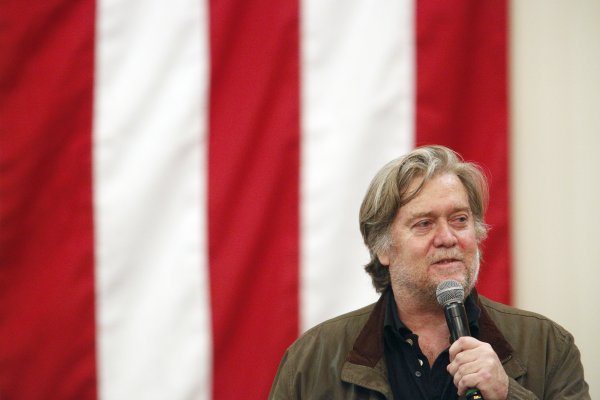