It’s been a whirlwind of a winter season for Prince Harry and his new fiancée Meghan Markle — and they’re starting off their new year with a splash, choosing to make their first official public outing of 2018 to a local radio station in London.

Reprezent Radio is a local music station with a training program established a decade ago to help young people “develop and socialize through radio” as an alternative response to rising crime rates. They bill themselves as “the sound of young London,” with playlists consisting of mostly unsigned artists discovered by the station. Seems like a hip spot to start the publicity tour for England’s hottest engaged pair.

Markle and Prince Harry, who announced their engagement in November and are due to wed in May to much fanfare, stopped through the radio’s studio in Pop Brixton to see the work being done at the station, especially the training program. They met with presenters while inside, listened in at headphones (as evidenced in social media posts) — and, of course, greeted massive crowd on the streets outside.

See the moments below. 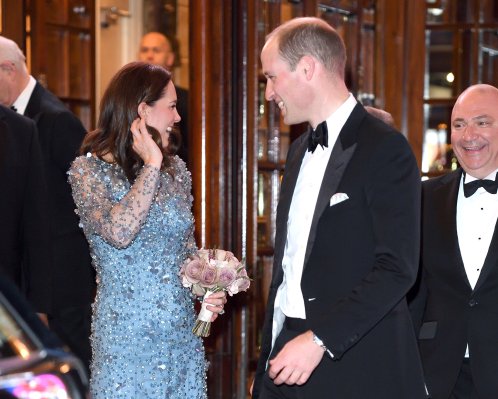 The World Is Witnessing Kate Middleton Laughing at Prince William's Horse Dance
Next Up: Editor's Pick