Pink fans, rejoice: while the pop icon may not be headlining this year’s Super Bowl Halftime Show, at least the Beautiful Trauma singer is being given her own moment at the big game, as she’ll be singing the National Anthem before kickoff, the NFL announced Monday. And to Pink fans, that’s a major win for a star who has more than proven herself capable of putting on primetime stunts. (See: last year’s epic dance medley at the MTV Video Music Awards, and Pink’s aerial performance during the American Music Awards in which she — along with a crew of dancers — rappelled down the exterior of a Marriott hotel while singing her hit song.)

Justin Timberlake is the official Halftime performer — following last year’s aerial antics from Lady Gaga, that time Beyoncé and Bruno Mars crashed Coldplay’s party, and Katy Perry’s colorful spectacle — and he will have a whole new album out to promote just in time for the big event. Pink, meanwhile, takes over from prior vocalists like last year’s Luke Bryan and fellow icons Beyoncé, Cher, Mariah Carey and many more who have all lent their powerhouse voices to the “Star-Spangled Banner.” This isn’t Timberlake’s first Super Bowl rodeo; it’s his third time on the stage, actually. But for Pink, it will mark her first performance for the nation’s most-televised annual event.

Super Bowl LII will air on NBC on Feb. 4. at the U.S. Bank Stadium in Minneapolis. 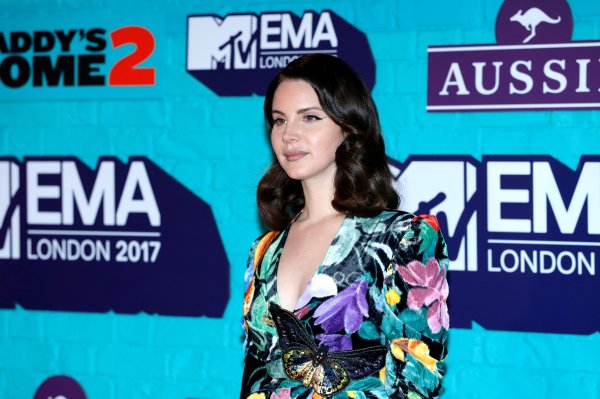 Lana Del Rey Says Radiohead Wants All Royalties for Her Song 'Get Free' Because It Sounds Like 'Creep'
Next Up: Editor's Pick