Mariah Carey, elusive chanteuse and shade queen extraordinaire, kicked off 2018 with superbly diva moment: inquiring where her hot tea was before braving the cold like “everyone else” while performing at Rockin’ New Year’s Eve. Now it appears that the songstress is continuing her fabulous antics in the new year, starting with her night at the Golden Globes.

In a hilarious anecdote culled from Mimi’s own Twitter, the diva was on her way to the bathroom during a commercial break, but when the program started again, she pragmatically took the first seat available, which just happened to be next to Steven Spielberg. At the next commercial break, Carey discovered that the seat belonged to Spielberg’s The Post star, Meryl Streep.

Carey, in a rare showing of humility, asked for Streep’s forgiveness for stealing her spot momentarily, but Streep, who wisely recognizes an icon when she sees one, told Carey that she was welcome to take her seat at any time. Talk about real recognizing real. 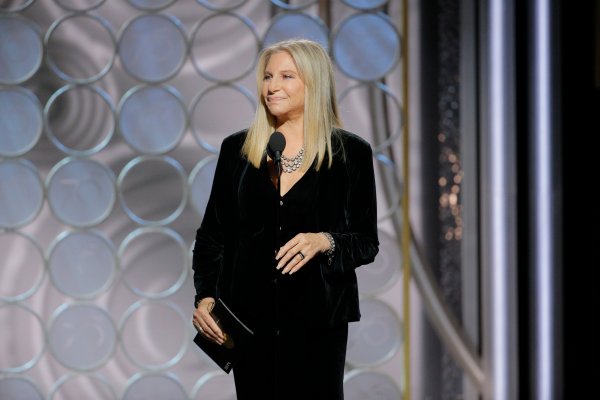 'Not Right!' Barbra Streisand Is Disappointed She's the Only Woman to Win a Golden Globe for Best Director
Next Up: Editor's Pick