Natalie Portman made sure viewers were aware that the Golden Globes did not nominate any women in its Best Director category during the 75th annual awards ceremony on Sunday.

Portman appeared alongside Ron Howard, who introduced the category by saying they were honored to present the award, before Portman chimed in.

“And here are the all-male nominees,” she said, drawing loud cheers and laughs.

Some of this year’s biggest Golden Globes snubs came in the Best Director category, where not a single woman was nominated for her work. Despite being behind some of the highest grossing and critically acclaimed movies of the last year, female directors like Greta Gerwig (Lady Bird), Patty Jenkins (Wonder Woman) and Dee Rees (Mudbound) were not nominated for Best Director.

Guillermo del Toro won the award for his film, The Shape of Water. Other directors nominated were Martin McDonagh (Three Billboards Outside Ebbing, Missouri), Christopher Nolan (Dunkirk), Ridley Scott (All the Money in the World) and Steven Spielberg (The Post). 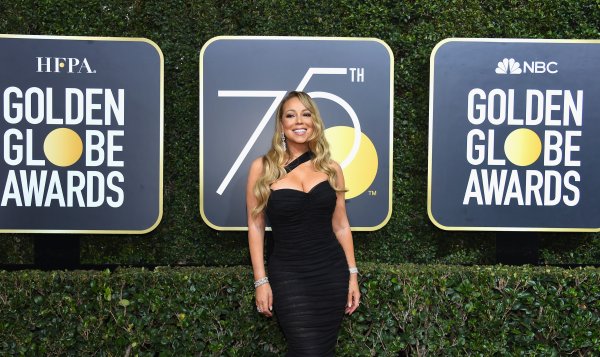 Mariah Carey Just Wants Her Tea at the Golden Globes
Next Up: Editor's Pick