An iguana which fell from a tree climbs a rock in Miami.
JUAN CASTRO—AFP/Getty Images
By Jamie Ducharme

The aftermath of Winter Storm Grayson has resulted in quite a few strange weather phenomena, from thundersnow in New England to -100 temperatures at the summit of Mount Washington. But perhaps the oddest of all is happening in Florida, where it’s so cold that iguanas are falling out of trees, frozen.

Cold-blooded iguanas begin to get sluggish around temperatures of 50 degrees. With uncharacteristically low temperatures gripping Florida, the creatures are actually beginning to freeze up, immobilized, and drop from trees. The falling lizards have gotten enough attention that NPR on Friday aired a segment about what to do if you come upon a frozen iguana, with advice from Zoo Miami’s Ron Magill.

Magill urged listeners not to touch frozen iguanas, warning that even those that appear dead may thaw out and become dangerous to humans.

The best thing people can do, Magill said, is “let nature run its course,” especially since iguanas are an invasive species to Florida. 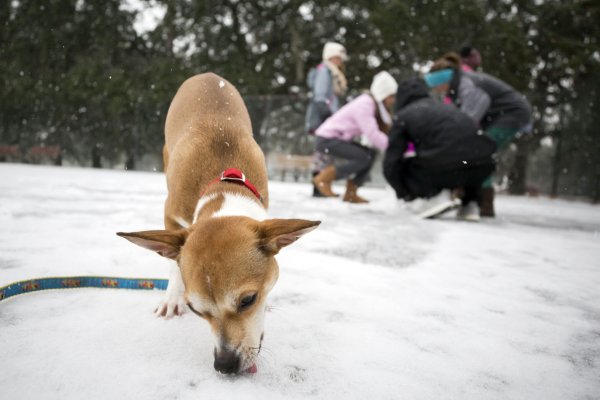 It Snowed in Florida and People Lost Their Minds
Next Up: Editor's Pick