You Can Reverse the Effects of Being a Couch Potato, But Here’s What It’ll Take

Sitting too much can be deadly. But all hope is not lost, even for the most committed of couch potatoes: In a new study published in the journal Circulation, researchers say that you can make up for years of sedentary behavior with two years of exercise.

In the study, Dr. Benjamin Levine, professor of exercise science at the University of Texas Southwestern Medical Center, and his colleagues studied 53 healthy people ages 45 to 64. All of the people were relatively sedentary for most of their adult lives. Half were randomly assigned to an intensive exercise regimen for two years, while the other half did a program more focused on balance and flexibility that included yoga and balance training exercises three to four times a week. The intensive exercise program included a weekly hour-long exercise session (such as biking, brisk walking, tennis or dancing), a weekly high-intensity interval training workout, moderate intensity exercise two or three times a week and at least one strength training session weekly.

After a few months on the exercise programs, Levine measured structural features of the heart related to how flexible the heart muscles were. Like the stretchiness in a rubber band, this elasticity in the heart muscle is critical for healthy heart function, he says. But just as a rubber band starts to stiffen with age, the heart also begins to shrink and become less flexible over time, which can lead to heart failure and less efficient pumping of blood through the body.

MORE: Watching Too Much TV Is Bad for You, Even If You Also Exercise

Levine found that the intensive exercise effectively reversed some of this stiffening in the heart. People in the intensive exercise group were able to improve the amount of oxygen the heart took in from the blood and consequently distributed to the rest of the body, while those in the balance and flexibility group did not show any improvement. The exercise group was also able to reduce the stiffness in their heart muscle, while there was no change in this measure among people in the other group.

What this means, says Levine, is that there is hope for couch potatoes who have been relatively sedentary for most of their lives. “The idea that sedentary behavior by itself is injurious and can’t be overcome by exercise is not really true,” he says. “Given the right kind and the right amount of [exercise] training, you can prevent the effects of extreme sedentary behavior.”

MORE: Are Exercise Recommendations Really Enough to Protect the Heart?

Still, according to this study and previous ones that Levine has conducted, there is a time window for taking advantage of resilient heart muscle. At some point, the muscle becomes too stiff and the effects of too little activity can’t be reversed — just as dried-out rubber bands simply snap when pulled too hard. A recent study of elderly people found that some muscles in the body, particularly those in the legs, won’t return to their full power after a few weeks of disuse—even after training to build them up.

The good news is that the heart can bounce back after disuse. For most people, the window for rescuing the heart is late middle age, from 55 to about 65 years, when the harmful effects of sedentary behavior can be reversed. For people who are completely bedridden and do hardly any exercise, the heart muscles atrophy at about 1% a week, says Levine. Exercising can combat that decline, and there’s evidence that up to 75% of heart muscle can be responsive to exercise and remain flexible enough to avoid heart disease.

While the exercise program in the study may seem excessive, Levine says that not everyone in the study started out completing all of the activities. The people in the study gradually increased the amount and length of time they exercised. Even for people who may not be able to stick to the complete regimen, some exercise is better than none, and physical activity comes with a variety of benefits for the whole body, not just for the heart—like lowering disease-causing inflammation, for example, and improving blood pressure and blood sugar readings. There is even evidence that exercise can reduce risk of brain disorders like Alzheimer’s disease. “There are many other benefits to exercise that accumulate,” says Levine. 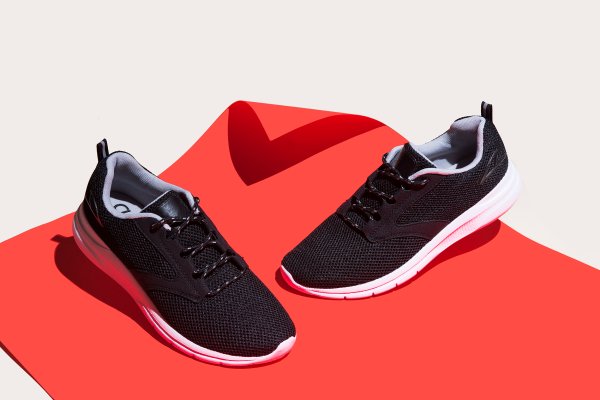 Study: Core Exercise Can Make You a Better Runner
Next Up: Editor's Pick