Who Is Michael Wolff? What to Know About the Author of the Explosive New Trump Book

Here’s what to know about the author of the news-making exposé.

Who is Michael Wolff?

Wolff, 64, has been a columnist for Vanity Fair and a contributor to the Hollywood Reporter and other news outlets, including Newsweek and USA Today, covering the media industry. He has also written several books, including Autumn of the Moguls, Burn Rate and Television is the New Television.

Perhaps most famously, Wolff profiled media mogul Rupert Murdoch in his 2010 book The Man Who Owns the News. Murdoch raised objections about the biography before it was published.

Wolff, the former editorial director of AdWeek, began his career in journalism as a copy boy for the New York Times. In 2007, he founded newser.com, an aggregation site.

What is Fire and Fury?

Wolff’s latest book, released ahead of schedule on Friday, is titled Fire and Fury: Inside the Trump White House. It became the top-selling book on Amazon on Thursday after published excerpts alleged shocking details and quotes from White House aides.

The White House has heavily criticized the content of the book and downplayed Wolff’s access to the White House. “This is a guy who made up a lot of stories to try to sell books,” White House Press Secretary Sarah Huckabee Sanders told Fox News on Friday.

Sanders said Wolff never interviewed the President. But Wolff, in an interview with the TODAY show on Friday, said he spent about three hours with Trump during the course of his campaign and his presidency. “I absolutely spoke to the President. Whether he realized it was an interview or not, I don’t know. But it certainly was not off the record,” Wolff said, adding that he spoke to Trump after his inauguration.

Wolff said the book is based on 200 interviews, including those with people who work closely with Trump on a daily basis.

Why is Michael Wolff controversial?

President Trump has unsurprisingly been a vocal critic of the book and its author. “I authorized Zero access to White House (actually turned him down many times) for author of phony book! I never spoke to him for book. Full of lies, misrepresentations and sources that don’t exist,” Trump tweeted on Thursday. “Look at this guy’s past and watch what happens to him and Sloppy Steve!”

Wolff, meanwhile, said Trump’s criticism is merely helping him sell books. But other journalists have spoken out this week, some to question Wolff’s credibility and others to defend his work.

Wolff’s book on Murdoch fueled similar questions about his reporting practices. “Like the man he writes about, Wolff is a gossip who is very skilled at extracting information and sensing weakness,” the late media writer David Carr wrote in a New York Times review of the book in 2008.

But Wolff dismissed questions about his credibility on Friday and said he stands by everything in Fire and Fury. “My credibility is being questioned by a man who has less credibility than perhaps anyone who has ever walked on Earth at this point,” Wolff said in the TODAY interview.

When asked if he flattered his way into the White House, Wolff said, “I certainly said what was ever necessary to get the story.” 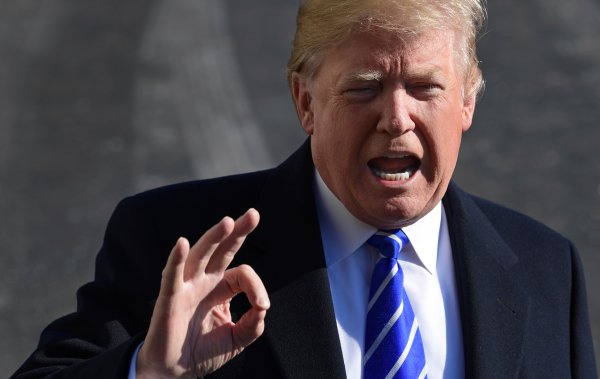 Trump Says Book 'Full of Lies'
Next Up: Editor's Pick