The feud between President Donald Trump, his former chief strategist Steve Bannon, and journalist Michael Wolff has continued to escalate, with Trump tweeting late Thursday that Wolff’s forthcoming book is “full of lies.”

Trump denied that he had granted White House access to Wolff, whose highly anticipated book, Fire and Fury: Inside the Trump White House, made waves this week with apparent revelations about in-fighting and dysfunction during the first year of Trump’s administration. In a tweet, the President said the book was “full of lies, misrepresentation, and sources that don’t exist,” and called Bannon, “Sloppy Steve.”

Excerpts of the book, published earlier this week, noted that Bannon suggested that Donald Trump Jr.’s meeting with Russian lawyers during the 2016 presidential campaign was “treasonous.” In a statement on Jan. 3, Trump blasted his former White House advisor, playing down Bannon’s role as a mere “staffer,” and saying he had “lost his mind” after being dismissed from the administration in August.

Trump’s lawyers also served Bannon with a cease and desist letter that claimed his statements in the book constitute “defamation by libel and slander,” and violate a non-disclosure agreement Bannon signed as a campaign employee.

Read more: What to Know About Trump’s Cease-and-Desist Letter to Steve Bannon

Amid the furor, Wolff’s publisher, Henry Holt & Co, announced that the book’s publication, originally slated for Jan. 9, has been moved forward to Friday “due to unprecedented demand.” The publisher also confirmed that it had received a cease and desist letter from the President attempting to block the book’s publication. 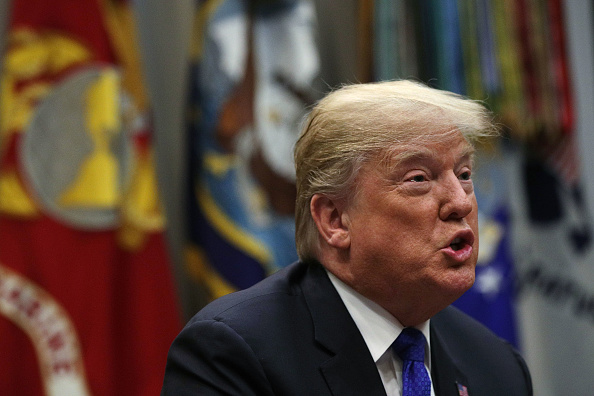 A New Book Claims the White House Is Dysfunctional. Trump's Response Proves It
Next Up: Editor's Pick