Former Community writer Megan Ganz has called out Dan Harmon, the creator of the NBC sitcom as well as popular animated series Rick and Morty, for acting inappropriately toward her during her time working on the show.

Ganz took to Twitter on Tuesday to ask Harmon to be more specific about his reasons for dubbing 2017 “the Year of the Asshole,” prompting an online conversation between the two that addressed Harmon’s alleged actions. Ganz left Community after its fourth season to write for Modern Family.

Harmon began by apologizing for his conduct and asking if there was any way to remedy the situation. “I’m filled with regret and a lot of foggy memories about abusing my position, treating you like garbage,” he wrote. “I would feel a lot of relief if you told me there was a way to fix it. I’ll let you call the shots. Til then, at least know I know I was an awful boss and a selfish baby.”

Ganz responded that there was no easy fix to the problem. “I wish my memories were foggier. I wish there was a way to fix it,” she replied. “It took me years to believe in my talents again, to trust a boss when he complimented me and not cringe when he asked for my number. I was afraid to be enthusiastic, knowing it might be turned against me later. You want relief? So do I. I want to watch the first episode of television I wrote again without remembering what came after. Figure out how to give me that relief and I’ll return the favor.”

The dialogue continued with Ganz offering Harmon some advice for not repeating his mistakes in the future. “It’s good to recognize power dynamics, but it’s also good to recognize you’re no different from those you employ. You’re not a king on a hilltop, nor a beast in a labyrinth,” she wrote. 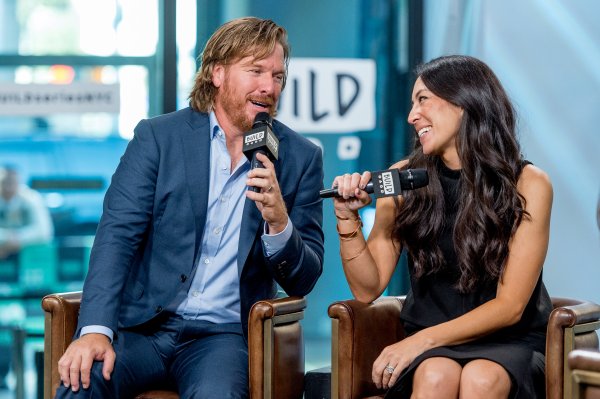