3 Things to Expect at CES 2018, The Biggest Tech Show of the Year

An attendee wears an Oculus Rift HD virtual-reality head-mounted display at the Intel booth at the 2014 International CES on Jan. 9, 2014, in Las Vegas
Robyn Beck—AFP/Getty Images
By Lisa Eadicicco

Every January, Las Vegas’ luxurious casino hotels and sprawling convention center serve as the home of CES, the tech industry’s biggest confab of the year.

CES, formerly known as the Consumer Electronics Show, is where companies large and small across the technology, automotive, health, and home appliance spaces gather to show off their latest advancements. Some recent highlights include a drone large enough to carry a human passenger, artificially intelligent car systems, and a high-tech refrigerator that automatically opens its doors when you approach in search of a midnight snack.

CES 2018 officially starts on Jan. 9 and runs through Jan. 12, but vendors like LG, Samsung, and Nvidia, among others, will be making big announcements during the press days on Jan. 7 and Jan. 8. Some of what comes out of CES will be purely incremental or even gimmicky, of course (remember 3D TVs?). And major tech companies like Apple and Google typically skip the event entirely, saving their biggest announcements for WWDC and I/O, respectively.

But with tech’s biggest names out of the picture, CES gives a wider variety of companies a chance to shine. And even in the absence of a new Apple or Google gadget, the event gives tech fans a glimpse of what’s to come in 2018, 2019 and beyond. “You end up with a pretty good sense of the trends — which technologies are important [and] where people are putting their money and talent,” says Avi Greengart, research director for consumer platforms and devices at research firm GlobalData.

Here’s a preview of three big trends to expect at CES 2018.

Smart Cars and The Internet of Things

A Mercedes-Benz F 015 autonomous driving automobile is displayed at the Mercedes-Benz press event at The Chelsea at The Cosmopolitan of Las Vegas for the 2015 International CES on January 5, 2015 in Las Vegas, Nevada. attendees. (Photo by David Becker/Getty Images)
David Becker—Getty Images

Amazon’s Alexa virtual assistant stole the show in 2017, with brands including Ford, Whirlpool, GE, and Dish adding the voice-activated helper to lamps, washing machines, and other devices. Smart home appliances and intelligent automobiles have been dominant themes at CES in recent years, and that’s expected to be the case yet again during the 2018 show. Look no further than the conference’s agenda for proof of this, which includes panels about smart home platforms, the issue of liability when it comes to self-driving cars, and other similar topics. Ford CEO and President Jim Hackett is one of the conference’s keynote speakers, in yet another sign that the automotive industry is just as crucial to the world’s biggest tech show as Silicon Valley.

Greengart expects car companies to show some incremental improvements in autonomous driving, safety systems, and electric vehicles. But don’t look for game-changing advancements when it comes to the Internet of Things, a broad category that in part includes “smart” household appliances. Instead, it’s likely we’ll see a fresh batch of Internet-connected lights, door locks, kitchenware, and other household gear that can be activated and monitored from your phone. But that lack of sweeping change, says Greengart, isn’t necessarily a bad thing. “We’re now seeing a bit of maturity in this space,” he says. “The Internet of Things is so vast and large that no one was really sure how it would work and whether it would all work together. The answer that we’re seeing is that people buy these [products] piecemeal and control them with their voice. That really wasn’t apparent two or three years ago.”

There is one change to look out for: More companies will likely throw artificial intelligence and machine learning, the tech industry’s two favorite buzzwords, into the mix. Jennifer Kent, director of research quality and product development at Parks Associates, expects to see these technologies appear in products like security cameras, which might eventually use AI to differentiate between a burglar and a mailman. “We’ll continue to see the use of video analytics to decrease false alarms so that people aren’t turning off what are supposed to be the best features of these smart devices,” says Kent. Startups like Lighthouse, Cherry AI, as well as the Alphabet-owned Nest are already exploring such areas.

From the debut of the Willow breast pump at last year’s CES to shirts that can measure your heart rate and movement, health has become an increasingly important part of the event. This year’s showroom floor will have designated exhibition zones for health, wellness, and sleep gadgets as the industry starts to shift from general purpose health tech like fitness trackers to specialized products such as a wrist-worn glucose monitor and gadgets for helping you fall asleep. “This has become a big area,” says Greengart. “The challenge here is to move beyond just tracking your steps in a way that users accept without becoming a medical device.”

Workers look at a display of televisions by Samsung at the Las Vegas Convention Center as preparations continue for the opening of the 2007 International Consumer Electronics Show January 5, 2007 in Las Vegas, Nevada.
Ethan Miller—Getty Images

It wouldn’t be CES without companies like LG, Samsung, and Sony flaunting their dazzling new top-of-the-line television sets. This year, Greengart expects that support for high dynamic range, better known as HDR, will become more common in affordable TVs. HDR boosts a TV’s contrast and color, making images pop more prominently and generally improving the viewing experience. But it’s not just about the display quality and technology; Kent believes that TV manufacturers will continue improving the software in their new smart TVs, which could help TV makers control the entire viewing experience rather than giving a slice of it to Roku or Amazon.

“So much of the differentiation between these products is isn’t necessarily [about] the resolution [differences] between this and that device,” says Kent. “It’s content and the service wrapped in this experience.”

Read more: 3 Things I Love About Amazon’s Newest Echo (And 3 Things I Didn’t)

Voice-activated assistants, mostly thanks to the popularity of Amazon’s Alexa, may have been the star of last year’s conference. But virtual reality was a close second, with Intel hosting an entire press conference in VR and Samsung offering virtual reality-powered roller coaster rides. Exhibitors at this year’s conference, however, are more likely to focus on augmented reality rather than virtual reality thanks to the debut of Apple’s ARKit software, which helps developers built apps for iOS devices that overlay graphics on top of the real world. Greengart believes we’ll see vendors showcase new apps and services that leverage Apple’s AR tools.

This effectively sums up the role that CES plays in an era during which companies like Facebook, Apple, Microsoft, Amazon and Google reserve their major announcements for their own private keynotes. “CES is not the place where you find the big game-changing product that’s going to take over the world,” says Greengart. “CES is where we see how it took over the world.” 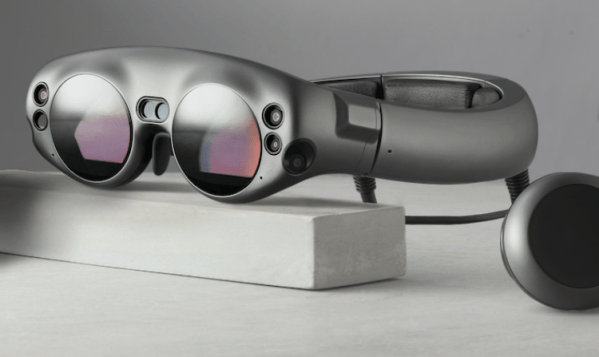 Magic Leap's CEO On His 'Experiential Computer' That Blends Tech and Reality
Next Up: Editor's Pick