Alabama’s crushing 24-6 win over Clemson University in this year’s Sugar Bowl game set the Internet ablaze with hot takes, but not all of them were about what happened on the field. Thanks to an especially emotive Clemson fan, there’s now a new meme culled from the game that’s quickly becoming the web’s favorite way to express shock.

The fan, a young woman who appeared to react to a pick six by Alabama’s Mack Wilson, was captured on video reacting to the moment with a mixture of disbelief and horror that instantly became a viral hit and is likely to be seen online throughout 2018.

Sports outlets like The Spun were quick to pick up on the viral visual, with The Undefeated even going so far as to query whether it was the first meme of 2018 (we beg to differ, however, as ultimate diva Mariah Carey already claimed that honor with this meme-worthy moment during her New Year’s Eve performance.)

Sports fans also had jokes when it came to the Clemson fan’s relatable reaction. 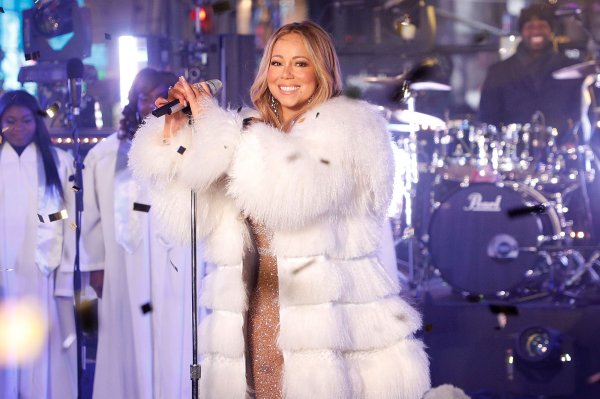 Mariah Carey's New Year's Eve Tea Disaster Is the Hottest Meme of 2018 So Far
Next Up: Editor's Pick