Mariah Carey, elusive chanteuse and patron saint of all things festive, had a triumphant return to the New Year’s Rockin’ Eve stage on Sunday night, where she effectively redeemed herself from last year’s disastrous and technical difficulty-plagued performance, but perhaps more importantly, served up a diva moment so fabulous that it gave us the first meme of 2018.

During her New Year’s Eve appearance, the songbird flawlessly performed fan favorites like “Vision of Love” and “Hero,” but it wasn’t Mariah’s dulcet tones or her glamorous fur and crystal ensemble that resonated with her fans. Instead, it was an innocent request for hot tea between sets that stirred up joy in the hearts of her fans, “lambs” everywhere and captured the attention of the furthest corners of the Internet.

The viral moment (and we all know how much Mimi loves a “moment,”) happened when she discovered that there was no hot tea to keep her vocal cords limber, despite the fact that she was told that there would be hot tea.

“Happy New Year! Just want to take a sip of tea if they’ll let me,” she said. “They told me there would be tea. Oh, it’s a disaster. Okay, well, we’ll just have to rough it. I’m going to be like everybody else, with no hot tea.”

As might be expected, the Internet couldn’t contain itself after hearing that Mariah was going to “rough it…like everybody else.”

It also might be worth remembering at this point, that this is a woman who has a strict rule that she will not be seen in harsh fluorescent lighting without sunglasses and has an MTV Cribs episode where she works out on a Stair Master while wearing stilettos. With or without her hot tea, there’s little doubt that Mariah will ever be like “everyone else,” but it was still kind of her to pretend otherwise. Thankfully, however, Mariah finally got her hot tea, post-performance.

May we all live our lives in 2018 as graciously as Mariah Carey did while performing without tea this New Year’s Eve. 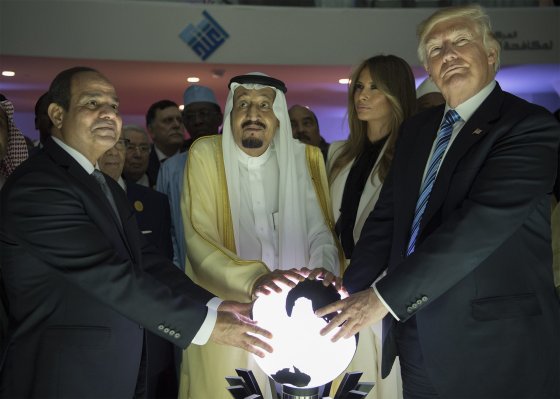 TIME Picks the Best Viral Photos of 2017
Next Up: Editor's Pick