Just Got a Drone for the Holidays? Check Out These Important Safety Tips First

The Federal Aviation Administration has a few words of warning for anyone who unwrapped a drone this holiday season.

Drones were a popular holiday gift this year — Statista estimates that Americans spent $1.2 million on the airborne machines in 2017 — but they’re also prone to crashes and accidents in the hands of amateur pilots. The FAA set out to curtail those mishaps with a video posted on Monday.

First, the FAA reminds, drone users need to register their machines through the agency’s website. After that, pilots need to keep a few things in mind to fly safely.

Hobbyist drones should always fly below 400 feet and within the pilot’s line of sight, according to the video. Users should avoid flying drones over groups of people, stadiums and sporting events, and stay away from emergency response teams, other aircrafts and airports, the FAA urges. Finally, you shouldn’t fly if you’ve been using drugs or alcohol.

Above all, the video says, your priority should be to, “Fly smart. Fly safe. Have fun.” 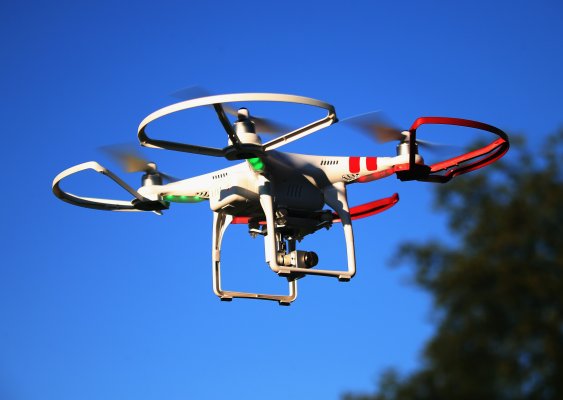 Lots of People Already Crashed Their Brand New Drones This Christmas
Next Up: Editor's Pick