Just 10 Minutes of Exercise Can Help Your Brain

Just 10 minutes of physical activity can increase brainpower for a short time afterward, according to a new study published in Neuropsychologia. The finding may be important for older people with limited abilities to exercise, say the authors, and for anyone looking to improve their performance on an upcoming mental task.

Previous research has suggested an association between consistent, long-term physical activity and better brain health over time. Other studies have found that exercising for at least 20 minutes can have a measurable and immediate effect on cognitive functioning. “We wanted to know if an even shorter exercise program, for people who might have orthopedic problems or other mobility issues, could still have a cognitive benefit,” says the study’s senior author Matthew Heath, professor of kinesiology at Western University in Canada.

To find out, Heath and his colleagues gave 14 healthy young adults an eye-movement test designed to challenge parts of the brain that deal with executive functions, such as decision making, problem solving and inhibition. They were then asked to either sit and read a magazine, or to ride a stationary bike at a moderate-to-vigorous pace, for 10 minutes. Soon afterward, they repeated the eye-movement test a second time.

Scores for people in the reading group did not change significantly from the first to the second test. But for people in the bike group, reaction times improved by up to 50 milliseconds—with no drop in accuracy. That represents a 14% gain in cognitive performance, say the authors, and suggests that the exercise “provided a ‘boost’ to executive-related oculormotor control,” the wrote in their paper.

This study shows that people can get immediate cognitive benefits from an exercise routine as short as 10 minutes. The researchers can’t say how long these benefits might last following a workout, but they hope to determine this in future studies. (In this experiment, the eye-movement tests were all performed within 17 minutes after exercising.)

The researchers also can’t say exactly what causes this type of brain boost, but there are several theories. “It’s thought that, with exercise, perhaps you get an increase in blood flow to the brain,” says Heath, “or you might get a release of some very specific proteins that have been shown to offer neuroprotective benefits and stimulate the growth of new neurons.”

“Or it could be that, following an intense bout of exercise, you have this increased level of arousal, and that prompts you to be better at doing these executive-based tasks,” he continues. It could also be a combination of all of these things, he says.

Heath says the findings may have implications for elderly adults in the early stages of dementia, who may be unable to exercise for 20 minutes at a time or longer. More research is needed, however, to know if the benefits would extend to people older and less healthy than those studied here.

More generally, he says, the study makes a case for squeezing in short bouts of exercise throughout the day—especially before a mentally challenging task, like an exam or presentation. “If there are certain elements of your job or certain times in your day when you really want to excel, go out for a brisk walk for 10 minutes beforehand,” he says. 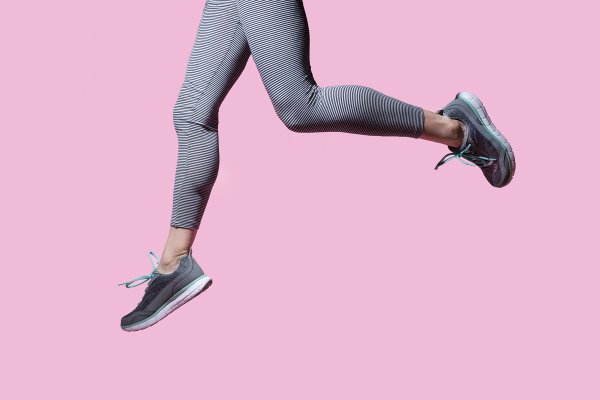 Women Are Naturally Fitter Than Men, Study Says
Next Up: Editor's Pick