The lazy days of the holiday season provide ample opportunity for screen time — and many beloved TV shows love to lean into the Christmas cheer. From Saturday Night Live‘s holiday-themed sketches to The Office’s nearly-annual Christmas party to all those Christmas movie favorites playing nonstop for the month of December, options are nearly unlimited — and allegiances strong.

This year, Rotten Tomatoes conducted a survey of more than 1,600 movie and TV fans to determine the most popular specials, sketches, episodes and films dedicated to grinches, eggnog and awkward office Christmas parties. See below for the holiday-themed fare viewers love the most.

How the Grinch Stole Christmas and A Charlie Brown Christmas are the two most popular holiday specials, according to Rotten Tomatoes. The survey found that women and millennials favored the Grinch, while men and non-millennials felt that special connection to Peanuts.

The Office‘s “Christmas Party” episode from the sitcom’s second season was the top choice among respondents, while the Friends episode “The One With the Holiday Armadillo” came in a close second.

The overall favorite went to The X-Files‘ “How the Ghosts Stole Christmas,” with Downton Abbey‘s “Christmas at Downton Abbey” coming in second. According to Rotten Tomatoes, millennials and women were more likely to vote for Downton Abbey when compared with The X-Files.

When it comes to teen dramas, survey respondents tended to prefer their holiday themes in fantasy shows. The Buffy the Vampire Slayer episode “Amends” was the overall favorite, with Supernatural‘s “A Very Supernatural Christmas” coming in second place.

Elf is the reigning answer here — among millennials. People 35 and older said they preferred the 1946 Frank Capra classic It’s a Wonderful Life.

The Nightmare Before Christmas is the top holiday horror movie choice among millennials — though many might argue it’s more charming than scary. Older respondents were partial to Gizmo in a Santa hat, opting for Gremlins. 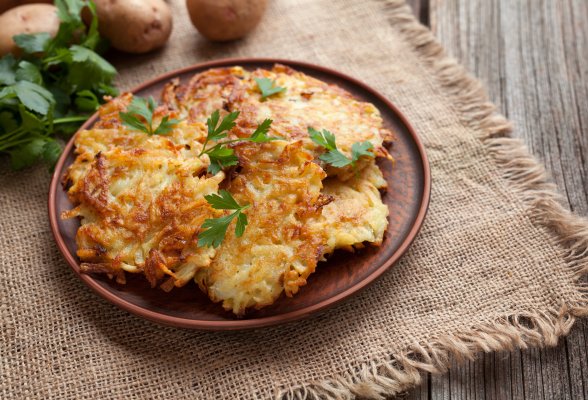 The Surprising Origins of 5 Hanukkah Traditions
Next Up: Editor's Pick