Where Are the 2018 Winter Olympics? What to Know About PyeongChang, South Korea

While sports enthusiasts all around the world are gearing up for the 2018 Winter Olympics, officials in PyeongChang, South Korea—where the next Olympics is located—are putting the finishing touches on the venues that will host the XXIII Games.

Although this is the second time the Olympics have been held in South Korea — the 1988 Summer Games took place in Seoul — it’s the country’s first Winter Games and PyeongChang’s first international sporting event of this caliber. South Korea previously made unsuccessful bids on both the 2010 and 2014 Winter Olympics.

The 2018 Winter Olympics will consist of 102 events in 15 different sports over the course of 18 days. These events will take place at 13 venues spread across the counties of PyeongChang and Jeongseon, as well as the coastal city of Gangneung. The Opening and Closing ceremonies and most snow sports will be located in PyeongChang, with the Alpine Speed events in Jeongseon and ice sports in Gangneung. The Alpensia Resort in PyeongChang’s township of Daegwallyeong-myeon will be the Games’ central hub.

“With PyeongChang’s strategic position in Asia, and its access to a young and fast growing youth market, the 2018 Olympic Winter Games will no doubt expose new generations of potential athletes to the power of winter sport,” reads the official Olympics website.

Pronounced “pyuhng-chahng,” PyeongChang is located in the Gangwon province of South Korea in the Taebaek Mountains. It sits just over 100 miles east from South Korea’s capital, Seoul, and around 50 miles from the border of North Korea. The closest international airport to PyeongChang is in the nearby town of Yangyang. However, the Incheon International Airport in Seoul will function as the main airport for Olympic visitors.

While forecasts predicted the weather in PyeongChang in February would be cold — World Weather & Climate Information projected temperatures would range from an average high of 33-35 degrees Fahrenheit (1-2 degrees Celsius) to an average low of 17 degrees Fahrenheit (-8 degrees Celsius) — conditions are shaping up to be even chillier than expected. This year’s Games may set a record for being the coldest since the 1994 Olympics in Lillehammer, Norway, with temperatures in PyeongChang potentially hovering around 7 degrees Fahrenheit with wind chill during the Opening Ceremony.

The first competitive events of the 2018 Winter Olympics will take place in PyeongChang on Thursday, Feb. 8, with the Opening Ceremony set for Friday, Feb. 9. The Games will conclude on Sunday, Feb. 25. 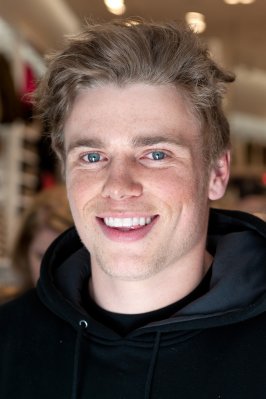 'My Story Is Indicative of Change.' Openly Gay Skier Gus Kenworthy Is Embracing His Role at the 2018 Winter Olympics
Next Up: Editor's Pick