The new year brings the usual spate of movies and TV shows adapted from books, offering a variety of thrills. Some are historical, as in The Little Stranger, set in a haunted English house post-World War II and based on the novel by Sarah Waters. Others are futuristic, as in Steven Spielberg’s highly-anticipated adaptation of Ernest Cline’s video game adventure story Ready Player One. To get ahead of the year’s big releases, here are the books to read now before their stories hit the big (or small) screen.

The British anthology series inspired by Philip K. Dick’s science fiction stories like “The Commuter” and “Exhibit Piece” premiered in the U.K. in September. It will premiere in the U.S. on Amazon Video.

The second season of the FX anthology series turns to the world-famous Italian fashion designer and the serial killer who murdered him. Edgar Ramirez, Darren Criss, Ricky Martin and Penélope Cruz star in this season’s story, based on the non-fiction book Vulgar Favors by Maureen Orth.

Chris Hemsworth stars in this adaptation of Doug Stanton’s non-fiction book Horse Soldiers, about a Special Forces team, deployed to Afghanistan shortly after 9/11, who secretly pursued the Taliban on horseback.

In Caleb Carr’s 1994 novel, set against the backdrop of Gilded Age New York, a reporter and a psychologist work together to come up with a profile of a killer. The TNT adaptation stars Daniel Brühl, Luke Evans and Dakota Fanning.

The third installment in the Fifty Shades series, still starring Jamie Dornan and Dakota Johnson, finds the couple as newlyweds whose happily-ever-after is not going exactly as planned. The novel concluded E.L. James’ original trilogy, which she followed up with retellings of the book from Christian’s perspective.

James Corden, Margot Robbie and Daisy Ridley lend their voices to the characters of Peter Rabbit, Flopsy and Cottontail in a new adaptation of Beatrix Potter’s beloved children’s stories.

Alex Garland wrote and directed this adaptation of the first novel in Jeff Vandermeer’s Southern Reach trilogy. The story is about a group of women on an expedition to a dangerous and little-understood isolated region called Area X, where nature has produced uncanny life forms. Natalie Portman, Tessa Thompson, Jennifer Jason Leigh and Gina Rodriguez star in the film.

Lawrence Wright’s Pulitzer Prize-winning book about the rise of al-Qaeda and the lead-up to 9/11 serves as source material for a Hulu series featuring Jeff Daniels and Alec Baldwin as figures from the FBI and CIA.

Based on the first novel in a trilogy by Jason Matthews, this thriller stars Jennifer Lawrence as a ballerina turned Russian spy, who is tasked with targeting a CIA officer. When attraction sparks between herself and her target (played by Joel Edgerton), the mission gets complicated.

A Wrinkle in Time (Movie, March 9)

Storm Reid, Oprah Winfrey, Reese Witherspoon and Mindy Kaling star in the Ava DuVernay-directed adaptation of the classic Madeleine L’Engle story about a girl’s journey through space and time to find her missing father.

Based on the book Simon vs. the Homo Sapiens Agenda by Becky Albertalli, this movie stars Nick Robinson as a teenager who’s struggling to come out of the closet while experiencing his first encounter with romance.

Ernest Cline’s popular novel about a dystopian future where virtual reality is king serves as inspiration for this Steven Spielberg adaptation. The film stars Tye Sheridan as a video gamer hoping to remake his life by finding an Easter Egg inside the world known as OASIS — but the competition is cutthroat.

A brilliant but complicated mother (played by Cate Blanchett) goes missing shortly before a family trip to Antarctica, prompting her daughter to try to figure out where she has gone. Richard Linklater directs the adaptation of the hit 2012 novel by Maria Semple.

Constance Wu stars in this adaptation of Kevin Kwan’s novel about a New Yorker spending a summer in Singapore with her boyfriend — who, she soon learns, had a much more charmed upbringing than she had ever imagined. While she adjusts to his milieu, she finds competition among the rarefied class of women seeking the attention of the country’s most eligible bachelor.

Lenny Abrahamson (Room) directs this horror/drama based on the novel by Sarah Waters. Set in rural England post-World War II, it stars Domhnall Gleeson as a country doctor called to treat a patient at Hundreds Hall, a decaying estate that seems to be haunted, and where his mother once worked as a maid.

Amandla Stenberg stars as Ruby, a teenager who’s one of only 2% of American children to survive a plague that leaves the survivors with superpowers. After escaping from her internment camp, she joins a group of other runaways looking for refuge. Young adult author Alexandra Bracken adapted from her own novel, the first in a series, and Jennifer Yuh Nelson directs.

Based on the novel by John Bellairs, this movie features an orphan who learns, while staying with his uncle, that magic is real — and he can do it. But after his experimentation raises a woman from the dead, he must search for a clock built into the walls of his new home to stop it from destroying mankind. The adaptation stars Jack Black and Cate Blanchett.

Based on the memoir by Garrard Conley and adapted, directed by and featuring Joel Edgerton, this movie tells the story of a Baptist pastor’s gay son who undergoes conversion therapy. Lucas Hedges, Nicole Kidman and Russell Crowe star in the movie.

Claire Foy gets another star turn as the hacker Lisbeth Salander, taking over the role from Rooney Mara just as author David Lagercrantz took over the writing duties to continue Stieg Larsson’s popular series after the author’s death.

Saoirse Ronan and Margot Robbie face off as Mary Stuart and Queen Elizabeth I, respectively, in this royal drama that draws inspiration from the biography My Heart Is My Own: The Life of Mary Queen of Scots, by John Guy.

Will Ferrell and John C. Reilly are set to star as Sherlock Holmes and John Watson, with much spoofing along the way. This is more of a “loosely based on” situation than a direct adaptation, but it’s a good enough excuse to revisit the classic Sir Arthur Conan Doyle novels and stories.

In Philip Reeve’s award-winning 2001 novel, a “Sixty Minute War” has devastated Earth and forced populations into cities-on-wheels, taking over smaller towns by force to commandeer their resources. Though the movie is director Christian Rivers’ first full-length feature, he comes with a visual effects pedigree from working on films like the Lord of the Rings trilogy, and the screenplay was adapted by LOTR team Peter Jackson, Philippa Boyens and Fran Walsh.

Leonardo DiCaprio is set to star in an adaptation of Stephan Talty’s book about the origin story of the American mafia, including the ways it affected the public officials pulled into its orbit and the Italian-American detective who sacrificed everything to try to stop it.

When a writer goes to live on an island in the English Channel after World War II to work on a book about her war experience, she finds new adventures in her unusual new setting. Lily James stars in the adaptation of the book club favorite by Annie Barrows and Mary Ann Shaffer.

Ann Patchett’s award-winning novel about an opera singer held hostage at the home of a South American vice president serves as source material for this movie starring Julianne Moore and directed by Paul Weitz. 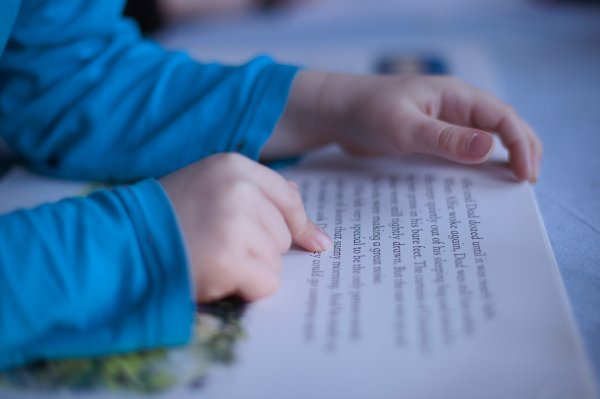 Why Children’s Books Should Be a Little Sad
Next Up: Editor's Pick