President Barack Obama made a surprising appearance at the First Son’s birthday party, in cookie-form.

On Sunday, President Donald Trump’s oldest son Donald Trump, Jr. shared a trio of photos of himself and Texas Senator Ted Cruz posed with a cookie cake frosted with Obama’s face in the style of the “Hope” poster.

“With friends like these…some good friends decided that while my birthday is not for two weeks that they would get me an early 40th birthday cake. And what birthday is complete without an Obama cake?” he captioned the gallery. The vocal critic of his father’s predecessor was likely trolling the former Democratic President.

In the shot taken tagged with Dallas restaurant Le Bilboquet, Cruz doesn’t appear to express distaste for the dessert — or Obama. However, Trump twists his face toward the treat disapprovingly.

This isn’t the first time Donald Trump, Jr. has used a little celebratory sugar to make a point about things he’s sour on.

For Halloween, Trump Jr. said he was going to take away his daughter’s Halloween candy to “teach her about socialism.”

If this trend continues, he will not be leaving delicious things out of his political stances. 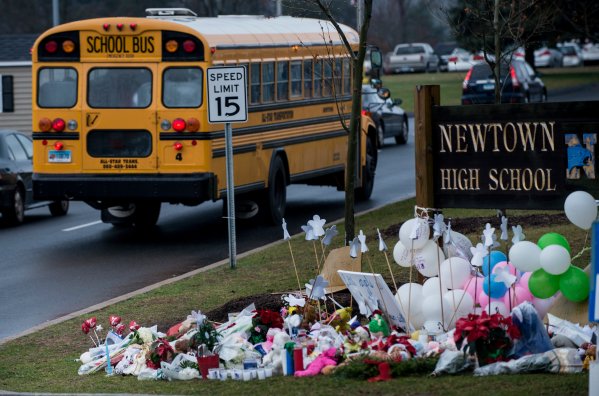 'It's Almost About Anything But the Guns': Sandy Hook and the Original Meaning of the Second Amendment
Next Up: Editor's Pick