The former Today show staffer who said she had a consensual relationship with Matt Lauer wants to spark a conversation about what consent looks like in the workplace.

Addie Zinone told Variety last week that she had a consensual sexual relationship with the former Today co-anchor when she was a 24-year-old production assistant at NBC’s morning show. In an interview with Megyn Kelly Today on Monday, Zinone said that she wasn’t calling herself a victim, but wanted people to recognize that the relationship was still an “abuse of power.”

“I want to put a face and a story to these women’s accusations,” Zinone said. “I’ve got to explain it in embarrassing detail because I want them to understand commonalities in our stories and be able to identify those exact same predatory behaviors. I recognized them in the stories that I heard — that’s how I knew this was a consistent pattern of behavior for him.”

NBC announced on Nov. 29 that it fired Lauer after receiving a complaint of “inappropriate sexual behavior.” Variety and the New York Times later published more allegations of sexual harassment and assault against Lauer. Lauer said in a Nov. 30 statement that some of the allegations were untrue or mischaracterized, but that “there is enough truth in these stories to make me feel embarrassed and ashamed.”

Lauer has not yet commented on Zinone’s claims. His attorney did not respond to TIME’s request for comment.

Zinone said that she’s faced blowback, including being called a slut and a home-wrecker, for coming forward. But she says it’s worth it to have a broader conversation about what consent means in the workplace amid the #MeToo movement.

“There’s room for this conversation as well,” she said. “And clearly, by all the women that have come forward, we need to talk about it.” 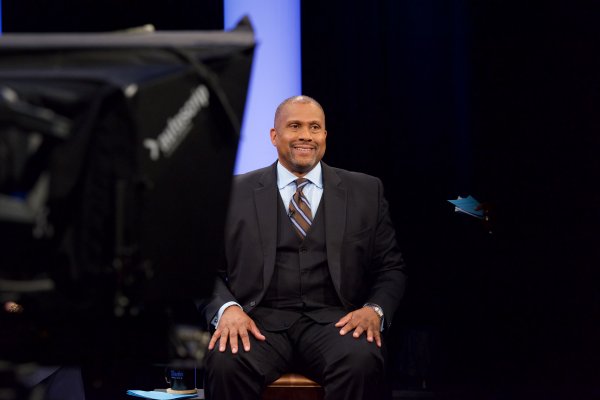 Tavis Smiley: PBS Made a 'Huge Mistake'
Next Up: Editor's Pick