7 Reasons Why Titanic the Movie Could Have Been a Shipwreck, Too

Whether or not you think Rose and Jack could both have made it out alive, there’s one thing about the movie Titanic that is not up for debate: it was a hit.

As the movie celebrates its 20th anniversary of its Dec. 19, 1997, release, it holds onto a prime spot on the list of the top-grossing movies in Hollywood history. According to Box Office Mojo, Titanic‘s worldwide lifetime gross sits at more than $2 billion.

But mere days before the James Cameron-created epic arrived in theaters, that success seemed like anything but a foregone conclusion. In fact, the coverage the movie received in TIME back then would seem to indicate that many in Hollywood were bracing for disaster.

In a TIME feature that ran about a week before the movie was released, Kim Masters broke down why the year’s most talked about movie — a movie that wasn’t even out yet — was already, as the headline put it, “trying to stay afloat.” The reasons included:

Perhaps most famously, the cost of making Titanic had become as massive as the ship itself.

Though James Cameron would explain to the magazine that he didn’t think it was fair to call the movie the most expensive ever made — as he put it, “many of our favorite epics from the ’30s, ’40s and ’50s would cost more than Titanic if made today” — the money was a major concern to its producers. By TIME’s reckoning, the $200 million cost of making the movie meant it would have to gross $350 million before Fox (one of the companies behind the movie) could even get its money back — a daunting figure made even more so by the fact that the picture had been expected to cost much less when they started it.

And Titanic wasn’t the only movie budget that had producers fretting in the late 1990s. As Masters put it, “the film is bad for an industry whose costs are running so high that profits are all but vanishing.”

Titanic was originally meant to come out for the Fourth of July weekend — a key component in the plan to make that money back.

With Cameron avidly opposed to cutting corners, that release date fell by the wayside, and the studios involved in the release (Fox and Paramount) disagreed about the best replacement date. The eventual December 19 release date was a compromise designed to hit in time for the holidays and the 1997 awards season.

Though it’s hard not to think of Leonardo DiCaprio and Kate Winslet as superstars today, at the time, observers wondered whether they had enough oomph to carry such a big movie. Though the movie also featured more well-known actors like Bill Paxton, many believed the film would sink or swim with its two romantic leads.

The fact that Titanic clocked in at more than three hours wasn’t just a concern for moviegoers whose patience would be tested.

It also had economic ramifications: because the movie was so long, each screen it was shown on would essentially be monopolized for the whole prime movie-going period of the evening. A theater wouldn’t make any extra money per ticket, but would be forced to offer fewer showings.

“Early on, the press scented trouble,” Masters wrote. “Stories began to appear about budget overruns; about the schedule, which eventually stretched from 138 to 160 days; about the arduous working conditions, in which crew members complained of sweatshop-style practices that sometimes had them working as long as two weeks without a break; about Cameron’s screaming tirades; and about a still unsolved food-poisoning incident in which chowder served to the cast and crew was laced with the drug PCP.”

Cameron’s response? The crew worked hard, though no harder than on any major shoot, and a Screen Actors Guild investigation concluded that the producers had an exemplary record when it came to looking out for the safety and health of everyone on set.

Titanic wasn’t the only option for audiences over the 1997 holiday season. Other offerings included Tomorrow Never Dies for action and As Good as it Gets for romance.

Of course, all of those concerns — the money, the stress, the hand-wringing — could be outweighed by quality. If the movie were as good as its creators thought it was, and if audiences responded in kind, it would all be worth it. As Fox exec Bill Mechanic told TIME back then, part of his reasoning for going along with everything was that Titanic could be the best film of the decade.

Early reviews, however, called that theory into doubt. TIME’s own Richard Corliss, for example, wrote that while the visual effects were remarkable, the film “fails utterly” at delivering a compelling romantic plot, and that nearly every character (aside from Winslet’s Rose) is “a caricature of class, designed only to illustrate a predictable prejudice: that the first-class passengers are third-class people, and vice versa.” Plus, he noted, it wasn’t a good sign that he found the true stories of people who were actually on the Titanic more compelling than Cameron’s fictional version.

“Ultimately, Titanic will sail or sink not on its budget but on its merits as drama and spectacle,” he concluded. “The regretful verdict here: Dead in the water.”

Audiences, luckily for the movie’s producers, quickly made it clear they did not agree. Two decades later, the movie’s fans show no signs of letting go. 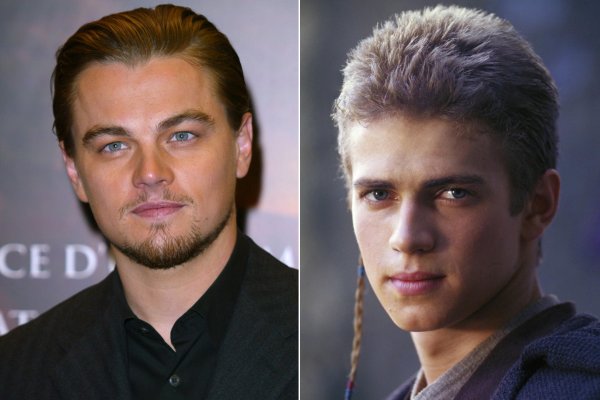 20 Actors You Never Knew Were Almost Cast in Star Wars
Next Up: Editor's Pick