If you’ve ever wondered what Eminem’s mom’s spaghetti tastes like, now’s your chance to find out.

The Detroit rapper made the pasta dish famous in his unforgettable 2002 hit “Lose Yourself” — “His palms are sweaty, knees weak, arms are heavy / There’s vomit on his sweater already, mom’s spaghetti” — and now, thanks to the release of his ninth album Revival, he’s giving the masses a chance to try it out for themselves.

“Detroit! Come vomit up some spaghetti with me this weekend,” he wrote in a tweet. To which his manager confirmed on Instagram: “Yes. There will be actual spaghetti.” Looks like they’re serving it in takeout-style containers for that added casual touch.

It’ll be dished out at a pop-up in Detroit’s Shelter music venue, open Friday, Saturday and Sunday for hungry fans. Of course, it’s not literally his mom’s own recipe. Instead, his team tapped a Michigan restaurant group to recreate something pretty similar to what appeared in the 8 Mile movie.

“It’s not the kind of pasta you’d expect if your grandma came from Italy on a boat…it’s more like the spaghetti you’d know if your mom came to Michigan on a bus,” one of the restaurant co-owners explained in a release. As one of the chefs added: “It’s a totally scratch sauce, but you can practically taste the jar.” Sound delicious yet? It’s topped off with canned parmesan powder for extra authenticity, and can come with meatballs if you want — or in sandwich form on white bread, just like a young Eminem used to eat it. 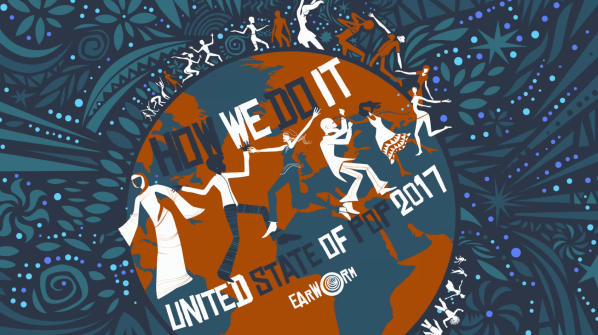 This DJ Brilliantly Mashed Up 2017's Biggest Hits
Next Up: Editor's Pick