The attorney for the woman who first came forward to complain of Matt Lauer’s inappropriate sexual behavior said she lives “in constant fear that people are going to track her down and figure out who she is.”

In an interview with NBC’s Today on Friday morning, attorney Ari Wilkenfeld said NBC wasn’t doing enough to protect his client’s identity. He didn’t specify how he believed the network had put her anonymity in jeopardy. A spokesperson for NBC News told Today: “the network has protected the employee’s anonymity all along and will continue to do so.”

“There’s a hunt underway to figure out who she is,” Wilkenfeld said. “And I think that’s going to have a chilling effect on other women who might want to come forward and tell their stories.”

On Nov. 29, NBC announced it fired Lauer after receiving the woman’s complaint. The specifics of the woman’s allegations have not been made public. Variety and the New York Times later reported additional allegations of sexual harassment and sexual assault against Lauer. In a statement on Nov. 30, Lauer said that some of the allegations were untrue or mischaracterized, but said “there is enough truth in these stories to make me feel embarrassed and ashamed.”

Meanwhile, another woman has detailed her own experience with the former Today show co-anchor. On Thursday, Variety published a first-person account from Addie Zinone, who said that she had a consensual relationship with Lauer when she was a 24-year-old production assistant on Today. Zinone said that the month-long relationship began after Lauer took her to lunch to give her professional advice. They later had a consensual encounter in one of the studio’s dressing rooms.

Lauer has not commented on Zinone’s essay. His attorney did not immediately respond to TIME’s request for comment.

“I’m putting my name and face out there to squash any doubts about the allegations from other women against Matt Lauer. I’m validating their stories because some of our experiences are similar,” Zinone wrote. “I want these women to know that I believe them, I want to help empower them and collectively we have a voice to change things.” 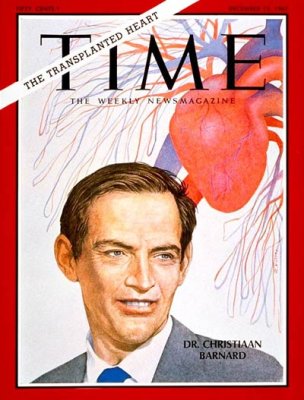 50 Years Ago This Week: Inside the First Heart Transplant
Next Up: Editor's Pick