The Internet Doubted That Sarah Huckabee Sanders Made a Pie. So She Shared Her Next One

While Sarah Huckabee Sanders has plenty to say about what she thinks is “fake news,” she certainly has no tolerance for people who think that she may have baked a “fake pie” — going so far as to live-tweet baking four new pies during a social media exchange between her and White House correspondent and justified pie doubter April Ryan that the Internet promptly christened “Piegate.”

It all began on Thanksgiving day when Sanders posted a photo on her Twitter of a chocolate pecan pie that many online thought looked suspiciously like a stock image of a holiday pie, despite her caption: “I don’t cook much these days, but managed this Chocolate Pecan Pie for Thanksgiving at the family farm!”

While many expressed their doubt that Sanders had baked the pie herself, none were as notable as journalist Ryan’s succinct tweet — perhaps even more apropos given the dynamic that Ryan and Sanders have shared in the past.

Ryan’s response seemed to have struck a nerve with Sanders who promised to bake a “real pie” for Ryan the following week.

On Wednesday, Sanders made good on her promise, live-tweeting the entire process of making and baking four pecan pies and tagging Ryan throughout.

Ryan, for her part, had a gracious response to Sanders.

And at the White House Christmas party, Ryan and Sanders called a festive truce to Piegate. 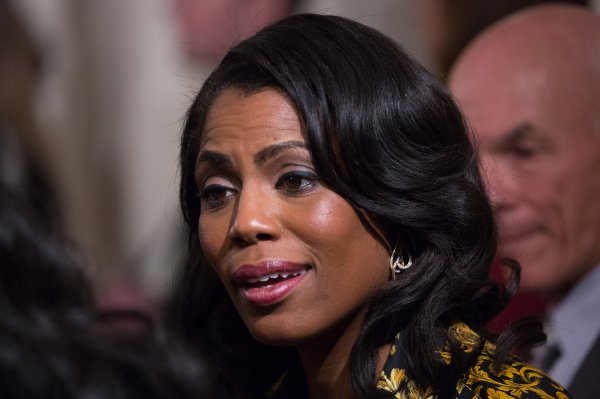 The Internet Can't Get Over Robin Roberts Trolling Omarosa With 'Bye, Felicia'
Next Up: Editor's Pick