Joe Holcombe visits with an attorney as he waits for an interview, in San Antonio on Nov 28, 2017.
Eric Gay—AP/REX/Shutterstock
By Melissa Chan

Joe and Claryce Holcombe’s big Texas family always sprawled on Christmas Day – their children, grandchildren and great-grandchildren spread out across the small towns near where they live. But they all came together for Christmas dinner.

This year, there will be eight fewer loved ones at the dinner table.

The Holcombes, age 86 and 85, lost eight family members, three generations of the Holcombe family, in a matter of minutes when a gunman opened fire at First Baptist Church in Sutherland Springs during Sunday services on Nov. 5. In all, 26 people were murdered.

Even in the face of this unspeakable tragedy, Joe Holcombe – who goes by “Papa Joe” – says there will still be joy at Christmas this year.

“We probably won’t have as much Christmas as we usually do, but we’ll have plenty,” he said. “It’s something definitely worth celebrating.”

He added: “Everybody always wants us to be whimpering and crying because we lost some of our family. That’s not the way we are. It happened and it hurt. But we don’t look at death as separation. We look at it as just another event in our life.”

Propelled by their Christian faith, Holcombe and his wife say they find comfort in knowing their loved ones are in heaven. And they hope to be reunited there with them soon. “It won’t be long until we’ll be there with the rest of the family,” he said. “I miss my family. We don’t see them coming down the sidewalk at the front door anymore. But I won’t miss them long.”

It’s difficult for Holcombe to predict how he will feel on Christmas when eight family members are absent from the day’s festivities, but he said, “I’m sure it will be hard this year, but we’ll get over that too because it won’t last long.”

The Holcombes, married for more than 60 years, had no idea what had happened on Nov. 5 until a pastor from their own church in Floresville paid them a rare visit and broke the news of their family members’ deaths – one-by-one.

“Bryan?” Holcombe recalled asking, about his son, who was filling in as a guest preacher that day.

“Karla?” he asked about his daughter-in-law.

Ten days later, when the Holcombes had to bury their dead, they made sure to lay grandson Marc Daniel “Danny” Holcombe in the same casket as his daughter Noah. The toddler was wrapped in her father’s arms when they were both gunned down.

“They were buried together and they were shot together,” Holcombe said. “It was fitting.”

The horror of the Holcombes’ sudden loss moved people across the country – an estimated 3,000 showed up to mourn at a funeral service near the church on Nov. 15. The loss was unimaginable to millions of Americans, who watched news of the shooting unfold from their televisions and phoned. But, the Holcombes emerged from the tragedy with unrelenting positivity.

The Holcombes leave their Christmas tree up all year, mostly because they don’t have a place to store it. The family usually gathered for dinner with friends at Bryan and his wife Karla’s house on Christmas. “The house was full, gee whiz,” Holcombe recalled.

This year, Holcombe plans to stay home. He expects visitors, since “there’s always somebody coming by,” and he said he will probably take a nap. He and his wife will not be visiting the cemetery where their loved ones are buried because he said their souls are no longer with them. “There’s a dead body, but they’re not ours anymore,” he said. “We know ours are in heaven.”

Joe and Claryce Holcombe recently filed a legal claim with the U.S. Air Force, saying mistakes by the military branch eventually led shooter Devin Kelley to be able to buy the weapons he used in the massacre. “I don’t hold what happened against anyone,” said Joe Holcombe. But he said the legal action needed to be taken to prevent other deaths. (The Air Force did not immediately comment on the claim.)

Ahead of the holidays, the couple remembers the loved ones they lost as people who deeply loved Jesus and each other.

“That’s what we all should do,” Holcombe said. “We’ll never forget them.” 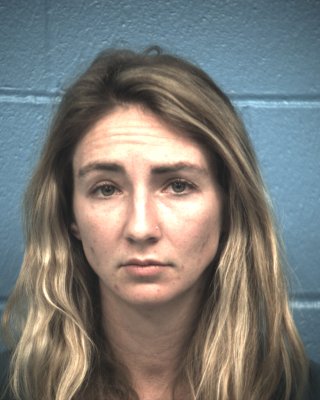