Everything We Learned About Rey's Parents in Star Wars: The Last Jedi

Unable to persuade Luke Skywalker (Mark Hamill) to return from exile, Rey (Daisy Ridley) is forced to turn to Kylo Ren (Adam Driver) as the Resistance grows increasingly desperate in The Last Jedi.

Rey leaves Ahch-To convinced that the new Force connection between her and Kylo — which allows them to see, speak and even briefly touch each other from across the galaxy — will help her turn him away from the Dark Side. And she is kind of right.

After Kylo betrays and kills Supreme Leader Snoke (Andy Serkis) to save Rey, the two team up to take out Snoke’s team of personal bodyguards, the Elite Praetorian Guard. Then things get dicey. Hoping to talk Rey into joining forces with him to destroy both the Resistance and the First Order and rule the galaxy on their own, Kylo insists that she is in denial and has always known the truth about her parents.

Rey tearfully admits that, in her heart, she knows they were no one special. Kylo agrees and goes further, telling her that their connection allowed him to see that her mom and dad sold her for drinking money on Jakku and are buried in a desert grave there.

This revelation seemed to be foreshadowed during the scene when Rey — despite Luke’s warning — dives down into the cave on Ahch-To hoping to discover her true identity. However, instead of showing Rey her parents, the Dark Side shows her only herself.

“She wants one thing more than anything else, to know who she is,” explained Reddit user hubness. “But she already knows the answer and won’t admit it because its painful. It hurts to admit you were abandoned. Kylo later tell her she already knows it as well. When she asks, she is shown shadows that clear to show only her reflection. It means her parents were nobodies (shadows) and she alone is responsible for what happens in her story next, it will not be determined by her blood.”

For fans who were hoping Rey would turn out to be the long-lost daughter of an important Star Wars character like Obi-Wan Kenobi (Alec Guinness) or even Luke himself, this twist may come as a disappointment. However, it definitely seems like it could also be a misdirection by Last Jedi director Rian Johnson.

Assuming that Kylo isn’t flat-out lying to her, it’s possible that Snoke — who created the link between Kylo and Rey — planted this idea in both of their minds to keep them from discovering her parents’ real identity.

But until Episode IX, the final installment in the Star Wars sequel trilogy, hits theaters on Dec. 20, 2019, we’ll all just have to keep speculating. 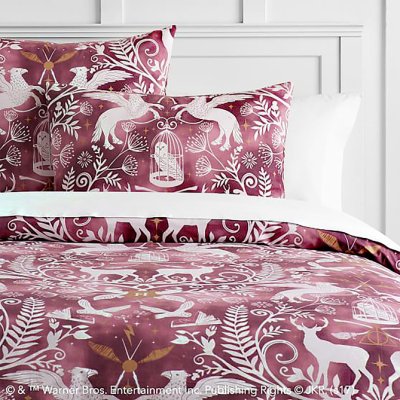