Mario Batali is stepping away from his company after four women alleged that the chef touched them inappropriately, according to a report.

The website Eater reported that the allegations date back at least two decades and come from four women in the restaurant industry, three of whom worked directly under Batali at some point in their careers. One woman said Batali repeatedly grabbed her from behind over a period of two years, while another woman said he groped her. The woman who never worked for Batali said that the chef groped her breasts moments after telling her: “Come work for me, I’ll pay you double what you’re making.”

Batali told Eater that he would step away from the day-to-day operations of his business, Batali & Bastianich Hospitality Group, for an unspecified period of the time, but he remains an owner of his restaurants. ABC said that it asked Batali to step down from his role as co-host on the food talk show The Chew, which he has appeared on since 2011, “while we review the allegations that have just recently come to our attention.”

A spokesperson for Batali did not immediately respond to TIME’s request for comment. In a statement to Eater, Batali apologized to the “people I have mistreated and hurt.”

“Although the identities of most of the individuals mentioned in these stories have not been revealed to me, much of the behavior described does, in fact, match up with ways I have acted. That behavior was wrong and there are no excuses. I take full responsibility and am deeply sorry for any pain, humiliation or discomfort I have caused to my peers, employees, customers, friends and family,” Batali told Eater. “We built these restaurants so that our guests could have fun and indulge, but I took that too far in my own behavior. I won’t make that mistake again. I want any place I am associated with to feel comfortable and safe for the people who work or dine there.”

Batali & Bastianich Hospitality Group, which operates 24 restaurants, said that it received its first formal complaint about Batali’s behavior in October 2017 — the same month that the allegations against Harvey Weinstein broke. A spokesperson said Batali was reprimanded and asked to undergo training.

A spokesperson for the group said that it tapped an outside firm to allow employees to come forward with other allegations. The company was sued in May by a former pastry chef who claimed that managers called him gay slurs and conspired to fire him.

Batali, who gained prominence after starring on Molto Mario on the Food Network from 1996 to 2004, is the latest prominent man to face allegations of sexual misconduct in the months since the Weinstein scandal broke. In the restaurant world, celebrity chef John Besh stepped down from his company in late October following allegations that he enabled a culture of sexual harassment in his restaurants. 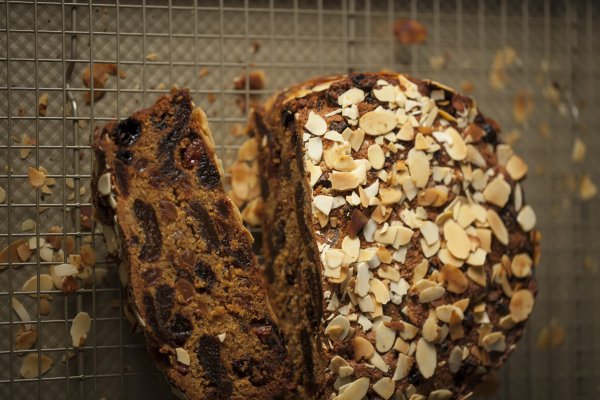 Weekend Recipe: A Gluten-Free Holiday Cake That'll Have Everyone Coming Back for Seconds
Next Up: Editor's Pick