The Last Temptation of Michael Flynn

Retired Lieutenant General Michael Flynn arrives to a swearing in ceremony of White House senior staff in the East Room of the White House in Washington, D.C., U.S., on Sunday, Jan. 22, 2017.
Andrew Harrer—Bloomberg via Getty Images
Ideas
By James Stavridis
Admiral Stavridis (Ret.), a TIME Contributing Editor, was the 16th Supreme Allied Commander at NATO and is an Operating Executive at The Carlyle Group. His new book is 2034: A Novel of the Next World War. His previous nonfiction book was Sailing True North: Ten Admirals and the Voyage of Character

Lieutenant General Michael Flynn’s enormous fall from grace is an object lesson in the seductive allure of money, fame and power. His story is perhaps not quite a Greek tragedy, but rather a kind of 21st-century parable with morals for us all.

Throughout my time in uniform with Mike, he was a determined, hard-edged and highly effective intelligence officer — the best ever to serve on my team personally, which he did in Afghanistan while I was the Supreme Allied Commander at NATO and the strategic commander for that mission. Both General Stan McChrystal — his immediate boss — and I would often comment on how lucky we were to have then Major General Mike Flynn on our team in combat from 2009–2010. How did he end up a convicted criminal, nationally disgraced, financially ruined and struggling to put his life together again?

Born in a middle-class family, Mike Flynn was never part of the West Point aristocracy of the Army, nor was he a tactical commander in the field. He attended the University of Rhode Island in his home state and entered the Army through the Reserve Officer Training Corps route as an intelligence officer — destined not to command sweeping armies, but rather to serve as the consigliore and advisor to the warrior commanders, a kind of Machiavelli to the Prince. In uniform and especially in the field, he was widely acknowledged for his innovation, grit and competence, especially in Iraq and Afghanistan in counter-terror campaigns.

But there are three key facts to understand about Mike Flynn that set the stage for all that has unfolded.

First, his worldview is distinctly threat-based, like most senior military officers. He sees danger and hostility everywhere, and is quick to judge it as well as react aggressively, often with immediate effect. This tendency to listen to the darker angels of his nature served him well in combat, less so in civilian life. It made him highly receptive to the worldview of President Donald Trump, Steve Bannon and others who are so resolutely predisposed to look at the world through a dark lens.

Second, his background and role as an intelligence specialist led him to search for levers and keys to influencing others, especially our nation’s opponents. In the Cold War during the early part of his career, he focused on the Soviet Union and watched with fascination and satisfaction as it imploded. He observed the rise of Vladimir Putin and came to understand the emergence of new threats from Moscow. The chance to go and see Putin up close and personal must have been irresistible to him, and — along with the cash — contributed to his decision to sit next to Putin at the infamous Moscow dinner in 2015, a decision I am certain he would happily reverse in retrospect. It also made him a logical candidate for the position of National Security Advisor and the conduit for some level of interaction with Russia during the presidential campaign.

Third, like all active-duty military, he never had an opportunity to make significant amounts of money. Over the 33 years of his service in the Army, he would have earned somewhere around $70,000 annually, averaged out through those decades of service — certainly enough to live on, but hardly a chance to build wealth for his family. Like many other senior military, especially those like Mike who were nationally known, upon retirement he was deluged with offers from the financial world. He created a consulting company and made a series of choices about where to provide advice — something he had done throughout his military career — which turned out to lead him into the orbit of Russia in ways that have caught him up.

Thus big money, a chance for real power and the ability to confront the nation’s enemies all came into play, creating someone who could leave many of us shaking our heads as he took the podium at the Republican National Convention and led chants of “lock her up.”

Entering politics for any retired military officer is a deeply dangerous zone, because service in the military hardly prepares you for the unique cut-and-thrust of domestic politics. Some have done it well — think George Marshall or Colin Powell — and others have crashed and burned, from Ollie North to Michael Flynn.

How his story ends is yet to be determined. Much will turn on the results of Special Counsel Robert Mueller’s ongoing investigation and his cooperation with it. Mike Flynn has always struck me as forthright and honest at his core.

Mike called his controversial memoir, published soon after he retired, The Field of Fight. He is in for the fight of his life in rebuilding his reputation; but luckily for him, this is a country built on second chances. He gave this nation great service throughout a long and distinguished military career, and the choices he makes in the weeks and months ahead will tell us whether he will win this most challenging battle. 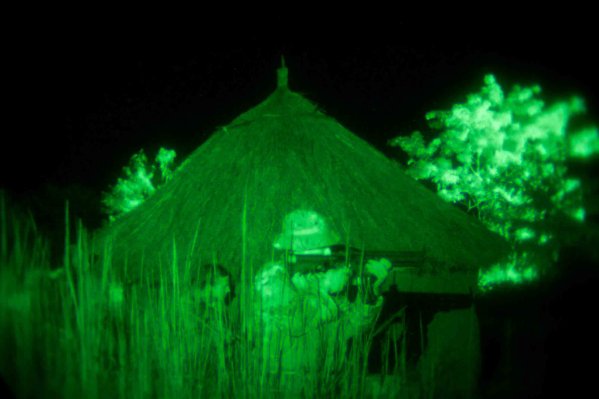 The New American Way of War
Next Up: Editor's Pick