Ever since the Harvey Weinstein scandal broke in October, I’ve been speaking out against sexual harassment and assault, offering legal opinions and support for victims at a massive rally in Los Angeles, during appearances on news and talk shows and in my columns for TIME. But two weeks ago, this story touched me in a personal way when, for the first time in my life, I was slut-shamed for my attire.

After I appeared on a CNN morning show, I received an email from a viewer that was both offensive and ironic, given the topic we were discussing.

Dear Ms. Martin, I would respectfully suggest that your attire for these interviews, especially on this topic, should be more modest… This morning on CNN you had on a top or dress that revealed substantial cleavage, which some, who would wrongly discount your message, [would say] serves to further objectify women.

It’s not unusual for me to get hundreds of emails after I appear on TV, and it’s always a mix of positive and, on occasion, critical comments. But this email struck a chord. It made me angry — there was nothing “respectful” about it. I was tempted me to fire off a strongly worded response, but I remembered the advice my colleagues in the media and I often share with each other about the futility of responding to online critics: People who make personally offensive remarks are not engaging in a meaningful way, and they do not deserve our attention. I deleted it and moved on.

But what still disturbs me about this message is that it reflects an amazingly antiquated and amazingly sexist attitude that has remained ingrained in our culture — even while we’re living in a watershed moment when it comes to respecting women — one that says if women wear certain clothing we’re begging for trouble, and it’s our own fault if we get dismissed, harassed or assaulted. And even women perpetuate this idea.

Recently, fashion designer Donna Karan attempted to defend Weinstein, her longtime friend, during a red carpet interview. “I think we have to look at ourselves,” she said. “How do we present ourselves as women? What are we asking? Are we asking for it by presenting all the sensuality and all the sexuality?”

The backlash was swift, and Karan later apologized for her remarks, saying, “I made a huge, huge mistake… What I said is so wrong and not who I am.”

There’s only one thing I know about the person who slut-shamed me — instead of listening to what I had to say about misogynistic attitudes, he chose to invent a misogynistic reason to ignore me. And therein lies the biggest challenge we need to overcome: We have to be willing to listen to women when they speak hard truths about the nature of power and those who abuse it. We have to reject the ugly impulse to make up reasons to discredit women, like lashing out at our appearances and attire. For too long that has been the tactic sexual harassers and misogynists have used to deflect from their own conduct, to skew the narrative and to perpetuate their behavior.

If we’re going to create safe and fair workplaces — and a safe and fair world — for women, it’s going to require all of us, women and men, to examine our way of thinking about power and respect. Only then will real change follow. 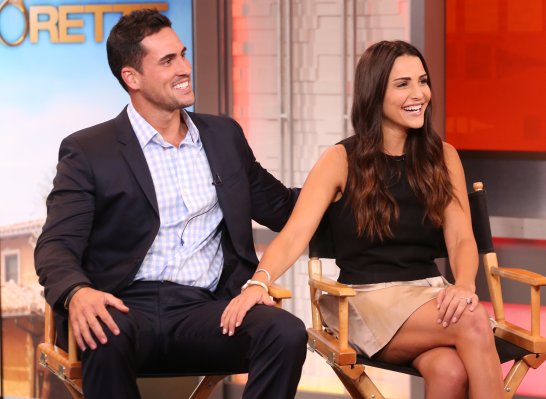 Who's to Blame for <i>The Bachelorette's</i> Slut-Shaming?
Next Up: Editor's Pick