Netflix announced Tuesday that it is ending its relationship with The Ranch star Danny Masterson following multiple allegations of sexual assault against him, HuffPost reported.

Four women allege that the former That ’70s Show star raped them in the early 2000s. In March, People reported that the Los Angeles Police Department was investigating the allegations against Masterson, who does not currently face charges. Masterson has denied the allegations.

“As a result of ongoing discussions, Netflix and the producers have written Danny Masterson out of ‘The Ranch.′ Yesterday was his last day on the show, and production will resume in early 2018 without him,” a Netflix spokesman said, according to HuffPost.

In a statement, Masterson said he was “obviously very disappointed in Netflix’s decision to write my character off of The Ranch.”

“From day one, I have denied the outrageous allegations against me. Law enforcement investigated these claims more than 15 years ago and determined them to be without merit. I have never been charged with a crime, let alone convicted of one. In this country, you are presumed innocent until proven guilty,” Masterson said. “However, in the current climate, it seems as if you are presumed guilty the moment you are accused. I understand and look forward to clearing my name once and for all. In the meantime, I want to express my gratitude to the cast and crew that I’ve worked so closely with over the past three seasons. I wish them nothing but success. I am also so thankful to the fans that have supported me and continue to do so.”

HuffPost reported Monday that Andy Yeatman, Netflix’s director of global kids content, told one of the woman accusing Masterson of sexual assault that higher-level execs at the company didn’t believe the four women who accused Masterson. Netflix told HuffPost that Yeatman wasn’t aware he was speaking to one of Masterson’s alleged victims at the time.

“While he was coaching a youth soccer match today, Mr. Yeatman ― a Netflix kids’ programming executive ― was approached by a stranger who did not identify herself or explain her connection to Danny Masterson,” Netflix told HuffPost in a statement. “Mr. Yeatman’s comments were careless, uninformed and do not represent the views of the company. Further, he would have no insights into decision making on The Ranch. We are aware of the allegations against Danny Masterson and we are following the current investigation, and will respond if developments occur.”

Netflix last month canceled a forthcoming comedy special starring Louis C.K. after several women came forward to say that the comedian masturbated in front of them without their consent, claims which Louis C.K. admitted to be true. Netflix this week also announced that it is moving ahead with a final season of House of Cards without former star Kevin Spacey, who also faces allegations of sexual misconduct. 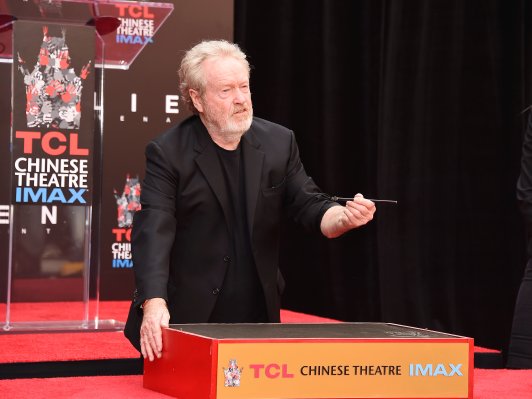 Ridley Scott Speaks Out on Replacing Kevin Spacey in All the Money in the World
Next Up: Editor's Pick