Rejoice, casual Taylor Swift listener. If you didn’t pay up for the pop star’s album Reputation when it first came out three weeks ago, Dec. 1 is your lucky day. Swift has decided to make the album available for listening on all streaming services, she announced on social media Thursday evening.

While five of the albums tracks were put out to the public (and on streaming) prior to the full album drop, the remaining ten songs have only been accessible to fans willing to shell out for a digital download or hard copy of her album. A savvy businesswoman, this initial sales strategy has helped ensure that Reputation broke first-week records, selling 1.45 million copies in the U.S. its first two weeks out, as Billboard reports. It also topped the album charts, although the singles’ performance has been more lackluster.

But now Swift is ready to share the remainder of her work with the general streaming-subscribing public. From the tender ballad “New Year’s Day” to the dubstep-lite “Don’t Blame Me” — and, of course, her Ed Sheeran and Future collaboration “End Game” — there’s plenty for new listeners to discover once Reputation hits streaming platforms.

Swift is not the first or only star to withhold her music from streaming for a period of time prior to wider release. She follows blockbuster artists like Adele, Beyoncé and Kanye West (the latter two chose to use Jay-Z’s Tidal service exclusively), each of whom have the cultural and critical cache to inspire fans to seek out their work wherever it might appear. Swift’s relationship with streaming has historically been mixed; she only released her full back catalogue onto Spotify this summer, after previously speaking out against the streaming model. 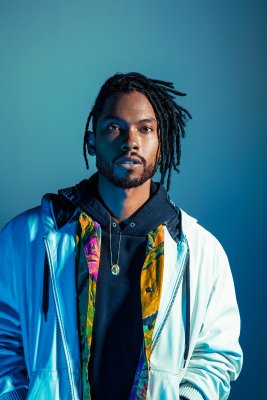 Miguel Gets Political in New Album "War & Leisure"
Next Up: Editor's Pick