Matt Lauer joked about sexual harassment in sketches on the Today show years before he was allegedly fired for inappropriate sexual behavior.

In a 2014 comedy sketch called “Today: The Musical”, Lauer, who became an anchor of NBC’s morning show in 1997, appeared in front of his female colleagues in a pair of boxers. “Drink it in, ladies,” Lauer said in the skit, which resurfaced on Twitter on Wednesday. “Again, Matt, really?” Natalie Morales responds.

One of the allegations made against Lauer in a Variety investigation published on Wednesday is that he allegedly dropped his pants in his office and reprimanded her after she declined to perform a sexual act.

In a 2012 sketch unearthed by the Daily Show‘s Twitter account, Willie Geist touches Lauer on his behind with a pile of papers. “I didn’t do anything differently, I wasn’t wearing a different cologne. This was uninitiated,” Lauer said in the skit.

When asked later in the sketch if he felt “victimized” by Geist, Lauer responds: “I’m upset for a couple of reasons. One, that he denied it… I mean, why deny it? I mean, if you do it, own up to it. And secondly, since it happened, he hasn’t called, he hasn’t written.”

NBC announced Lauer’s termination on Wednesday morning, which the network said was prompted by a report filed to its human resources department on Monday. NBC confirmed that the alleged behavior in the complaint began at the Olympics in Sochi in 2014 — the year the “Today Show, the Musical” sketch aired.

“While it is the first complaint about his behavior in the over twenty years he’s been at NBC News, we were also presented with reason to believe this may not have been an isolated incident,” NBC News chairman Andy Lack said in a statement.

Variety published an investigation detailing allegations of sexual harassment from more women later in the day.

Lauer has not publicly commented on the claims. His agent did not immediately respond to TIME’s request for comment. 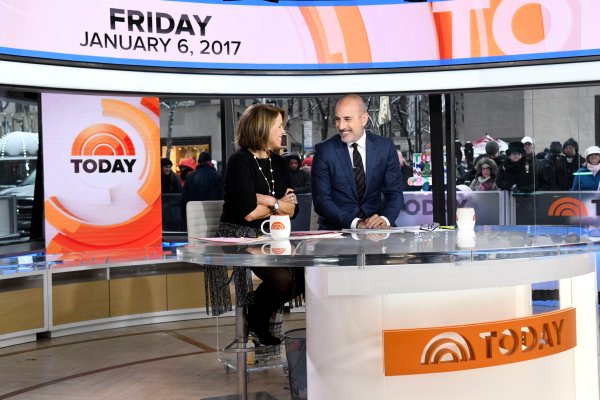 Katie Couric Said Matt Lauer 'Pinches Me on the Ass a Lot' in 2012 Interview
Next Up: Editor's Pick