The couple will wed in the spring of 2018. They will live in Nottingham Cottage, which is on the Kensington Palace grounds in London. Monday’s announcement ends days of speculation over when the wedding plans would be revealed.

Here’s more about Meghan Markle, the actress and philanthropist who is set to become Britain’s newest royal.

Who Is Meghan Markle?

Meghan Markle began her television acting career with small roles on Deal or No Deal and CSI. She had her big break in 2010, when she was chosen to play the role of legal assistant Rachel Zane in the network series Suits.

Until recently, Markle published a Goop-style lifestyle blog called The Tig. The blog, which covered topics such as food and beauty, was closed in April, with some speculating that the site was shuttered in preparation for a royal engagement announcement.

Markle is also a philanthropist. She became Global Ambassador for World Vision Canada in 2016, which campaigns for better food, healthcare and education for children around the world. She is also a campaigner for gender equality. “I’m proud to be a woman and a feminist,” Markle said in a speech at a United Nations conference on International Women’s Day 2015.

In an op-ed published in TIME earlier this year, she highlighted the stigma surrounding menstruation that prevents millions of girls in developing countries from pursuing an education. “Wasted opportunity is unacceptable with stakes this high,” Markle wrote. “To break the cycle of poverty, and to achieve economic growth and sustainability in developing countries, young women need access to education.”

Where Is Meghan Markle From?

Markle grew up in California and studied at a girls’ Roman Catholic college. She double-majored in theatre and international relations at Northwestern University School of Communication. During her senior year, Markle worked at the U.S. Embassy in Buenos Aires. She moved to Toronto while filming Suits.

Who Are Meghan Markle’s Parents?

Meghan Markle was born in August of 1981 to her African-American mother, Doria Ragland, and her white father, Thomas Markle. Thomas Markle was an Emmy award-winning television lighting designer, working on shows including Married . . . with Children as well as General Hospital. Ragland is based in Los Angeles and works as a social worker and yoga instructor. “She works specifically with the geriatric community,“ Markle said of her mother in Glamour. “But at the same time my mom has always been a free spirit. She’s got dreadlocks and a nose ring. She just ran the L.A. marathon. We can just have so much fun together, and yet I’ll still find so much solace in her support. That duality coexists the same way it would in a best friend.”

“We are incredibly happy for Meghan and Harry. Our daughter has always been a kind and loving person” her parents wrote in a statement shared by Clarence House. “To see her union with Harry, who shares the same qualities, is a source of great joy for us as parents . . . We wish them a lifetime of happiness and are very excited for their future together.”

Markle wrote about her racial heritage a 2015 article for Elle, in which she called herself a “confident mixed-race woman.” In the piece, she described the homogenous neighborhood of her childhood, where her mother, with a “light-skinned baby in tow,” was “assumed” to be the family nanny. In a 2016 piece in Elle, Markle described her mother as a “free-spirited clinical therapist” who raised her to be a “global citizen.”

Meghan Markle’s parents divorced in 1988. She credits them for nurturing her social consciousness. “My parents came from little so they made a choice to give a lot: buying turkeys for homeless shelters at Thanksgiving, delivering meals to people in hospices, giving spare change to those asking for it” she wrote in the 2016 Elle piece.

Who Are Meghan Markle’s Siblings?

Markle has two older half siblings, Thomas Markle Junior and Samantha Grant, from her father’s first marriage. Markle Junior, 51, works as a window fitter and is a father of two. He was reportedly arrested earlier this year after threatening a woman with a gun. Grant, 52, is a former model and actress who lives in Florida.

Who Is Meghan Markle’s Ex-Husband?

In 2011, Meghan Markle married movie producer and manager Trevor Engelson in Jamaica. The couple divorced in 2013, citing irreconcilable differences. Three years later, in July of 2016, mutual friends introduced Markle to Prince Harry. The two dated in secret before the Prince issued a rare public statement in November confirming their relationship and criticizing the press for hounding Markle and her family. 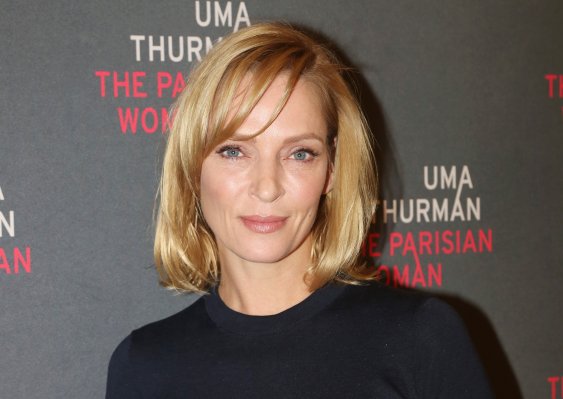